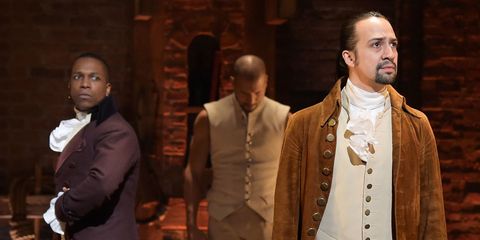 Hamilton is one of the most diverse musicals in Broadway history, with creator and star Lin-Manuel Miranda casting people of color in virtually every role. And now, it seems like the production is going to be even more groundbreaking.

Entertainment Weekly reports that a casting call in Philadelphia is open to both men and women for two main characters: Aaron Burr and George Washington. Here's how the listings read on Backstage.com:

It would be incredible to see a woman play America's first president, and it's been done before. Check out the women of Hamilton performing all-male parts during a "Ham4Ham" preshow: