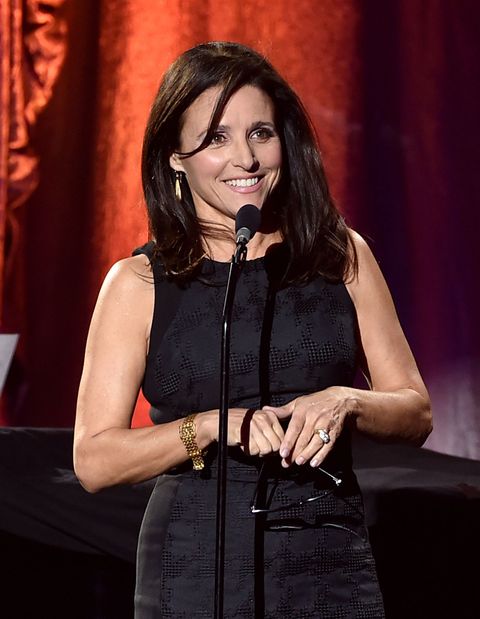 Julia Louis-Dreyfus is returning to Saturday Night Live this weekend to host. But in a recent interview with the New York Times, the actress says she looks back on her time as a cast member only "fondly-ish."

"It was a very sexist environment," she told the outlet.

The Veep star isn't the first female cast member to speak out about the problematic attitudes behind-the-scenes on the comedy show.

Jane Curtin quoted her fellow cast member John Belushi as saying: "'Women are just fundamentally not funny." And Janeane Garofalo reportedly called her years on the show, "the most miserable experience of my life," and compared it to "fraternity hazing."

"Since I've gone back, I can tell you it's much more of an equal-opportunity environment," she said. Well, thank goodness for that.