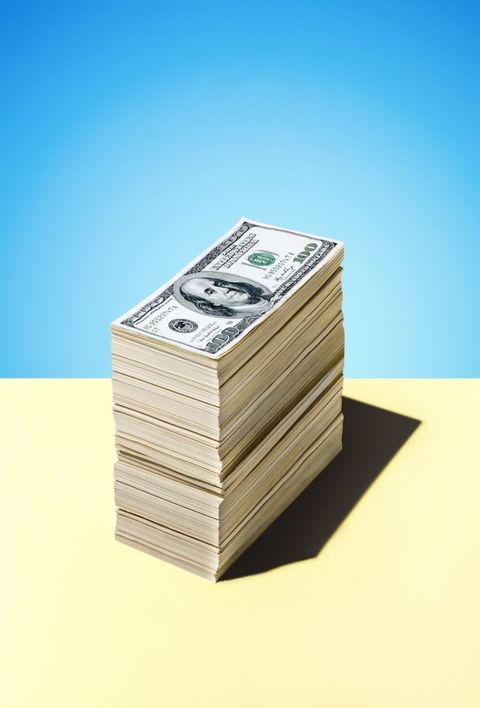 As if you need another reason to shake your head while reading the news. Mylan, the pharmaceutical company that provides the marketplace with anti-allergy EpiPens, has hiked the prices of the medication more than 400 percent in the last eight years. Not only that, but filing documents show that salaries of top execs at Mylan Pharmaceuticals *also* skyrocketed over the last eight years. (Interesting...)

CEO Heather Bresch's salary ballooned 261 percent as she raked in more than $18 million last year compared to just over $2 million in 2007, according to NBC News. The price of EpiPens also increased from $56.64 to a whopping $317.82 since Mylan acquired the patent in 2007 and quietly collected a market monopoly on the life-saving product.

Due to the price hike, many patients requiring the device have resorted to DIY methods and buying overseas.

Adding insult to injury, previous inquests into Mylan revealed more suspicious activity. A 2008 inquiry found that while Bresch did not fully complete her coursework for her MBA from West Virginia University, the school received a $20 million dollar donation from a company chairman in 2003.

On Monday, a group of U.S. senators called for a probe into Mylan's business practices and demanded Bresch answer for the company's actions. Mylan has not yet responded to requests for a Senate hearing.

If you are (justifiably) horrified by this, you can sign non-profit organization The Other 98%'s petition to decrease EpiPen prices here.