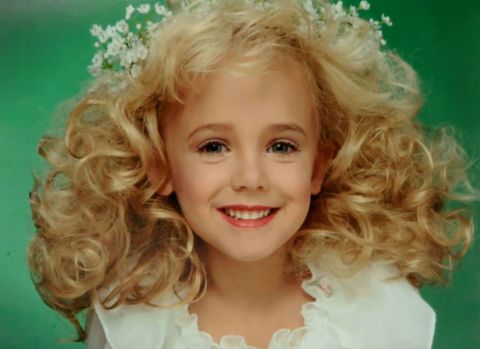 CBS aired the second installment of The Case of: JonBenét Ramsey on Monday night, during which a team of investigators concluded that Burke Ramsey likely killed his sister JonBenét Ramsey in 1996.

A panel of law enforcement specialists (including former FBI profiler Jim Clemente and former Scotland Yard criminal behavior expert Laura Richards) unanimously agreed that then 9-year-old Burke killed JonBenét in an accidental moment of anger—despite being exonerated by DNA evidence—and that his parents tried to cover it up. The panel also theorized that Burke was not involved in the coverup, which was (allegedly) the work of his parents, John and Patsy Ramsey.

During Sunday's premiere, Clemente and Richards brought in an audio expert to find out what happened during the emergency phone call after Patsy thought the line had been disconnected. They determined that a voice likely belonging to JonBenét's father said, "We're not speaking to you," followed by (presumably) Patsy saying, "What did you do?" and "Help me, Jesus," as well as a child (presumably Burke) asking, "What did you find?"

They also ascertained that sexual assault could be ruled out due to the possibility that DNA found on JonBenét's underwear was transfer DNA from the manufacturer, and that the stun gun theory regarding red marks on her back was actually the work of a toy train track. When it comes to the theory that someone entered a window, they pointed to the fact that spiderwebs around the seal weren't disturbed. "It's very clear that this is not a brand new web." Clemente said. "That would not have survived someone going in a window."

Notably, the final part of Burke's interview with Dr. Phil also aired on Monday, during which he said "I don't know what to say to that because I know that's not what happened. There's been a few people that said that's not even physically possible for a 9-year-old to do that."

Meanwhile, Clemente seemed disturbed by Burke's behavior in old video interviews, saying, "I haven't seen any indication yet that this child has been through recent trauma." He concluded, "It's my opinion that the Ramsey family did not want law enforcement to resolve this case and that's why it remains unsolved."

The series ended with a note saying investigators hope the case will be re-examined, so...to be continued?

This content is created and maintained by a third party, and imported onto this page to help users provide their email addresses. You may be able to find more information about this and similar content at piano.io
Advertisement - Continue Reading Below
More From Culture
Meet the Cast of Katie's 'Bachelorette' Season
The Best '80s Movies Ever Made
Advertisement - Continue Reading Below
'Shadow and Bone' Cast: Get to Know Who's Who
The Unbearable Whiteness of Ballet
'Ginny & Georgia' Season 2: Everything We Know
The Ultimate Ranking of 'GOT' Sex Scenes
The Cast of 'The Nevers' Plays Trivia
The Most Exciting New TV Shows of 2021
Get to Know Delessa From 'The Circle'
36 Movies With Super-Romantic Sex Scenes