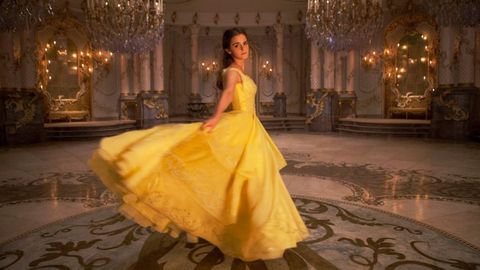 Little by little, promo by promo, the new live-action Beauty and the Beast has unfolded before us—minus the one crucial bit of "What does Emma Watson's singing voice sound like? I bet it must be melodic." This has now been found true thanks to a Hasbro toy and one very thirsty internet.

Set to hit Toys "R" Us shelves in March 2017, the Disney plaything makes use of a short audio clip from "Something There," the veracity of which has been confirmed by producer Jack Morrissey, according to MTV. "True that he's no prince charming," she warbles...English-ly, with some impressive breathing. "But there's something in him that I simply didn't see."

Give it a listen here.