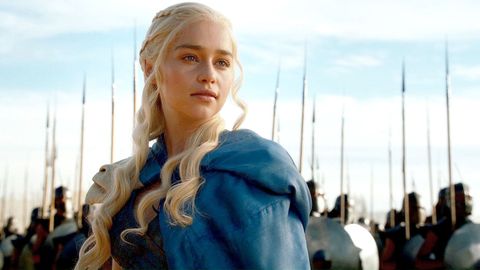 For all the heavy subject matter and finding out you're not coming back next season during a table read, the cast of Game of Thrones is pretty well compensated—as in $2-million-an-episode well-compensated. 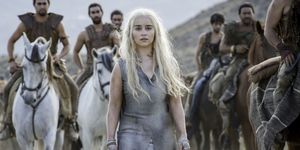 See the First Poster for \'GOT\' Season 7

According to the Express, Emilia Clarke, Kit Harington, Lena Headey, Peter Dinklage, and Nikolaj Coster-Waldau have negotiated contracts that would allow them to earn massive paydays—on top of their already not-insignificant salaries of $1.1 million per episode for seasons 7 and 8—from syndication payments. (As in when millions more people in more than 170 countries re-watch the Battle of the Bastards, they get a cut.)

But there's more—even in an industry whose soundtrack is "cha-ching," Jon Snow and company's checks are still in the heaviest-of-all-time class. Just compare to the $1 million the Big Bang Theory's Jim Parsons, Johnny Galecki, Kaley Cuoco, Kunal Nayyar, and Simon Helberg made in 2014.