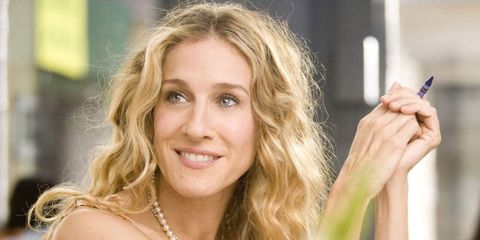 For a long time, one of the biggest arguments for tying the knot and settling down was that it was good for your health—studies consistently showed that married people were healthier and lived longer than their single counterparts. Now, new research suggests that's no longer the case.

As New York Magazine reports, the link between marriage and good health has been weakening in recent years and new research published in Social Science Quarterly suggests there's no link at all.

According to the study, authored by Dmitry Tumin, a sociology researcher at the Ohio State University, marriage was only correlated with better health if couples were together ten years or longer, and even then, only among women. On top of that, Tumin noted that the effect was "completely attenuated among women in the youngest birth cohort."

And when it came to the youngest people in the study (which included married people born between 1955 and 1984), there was no protective effect related to being married. In other words: Single people now appear to be exactly as healthy as married people.

"It seems unlikely that marriage of any kind would directly cause large improvements in health in recent birth cohorts," Tumin wrote.

There are a lot of reasons marriage may no longer be associated with better health. Fewer people than ever are getting married and those who do tend to be older than in previous generations. Women, in particular, have more socioeconomic freedom than in the past, meaning that single women are better equipped to live healthy, fulfilled lives alone. And, more and more people are finding support and companionship outside of marriage now, living with roommates or parents to mitigate living costs.

Finally, as Tumin notes, marriage may be a bigger source of stress today than it was in the past.

"Work-family conflict has increased in the closing decades of the 20th century, and spouses' actual time spent together has decreased over this period," Tumin wrote. "Against a backdrop of greater demands at home and at work, and less time spent together, today's married couples may indeed experience marriage more as a source of conflict and stress than as a resource that safeguards their health."

Feel free to share this news with any relatives who nag you about your single status.

This content is created and maintained by a third party, and imported onto this page to help users provide their email addresses. You may be able to find more information about this and similar content at piano.io
Advertisement - Continue Reading Below
More From Health & Fitness
Simone Biles Has Exited the Gymnastics Team Final
Olympian Raven Saunders Gets Another Shot at Life
Advertisement - Continue Reading Below
The Cost of Chronic Pain
What It’s Like Living With An Invisible Condition
I Used to Imagine Murdering the Men I Dated
The Best Workout Apps for Women Who Want Results
How I Mental Health: Manolo Blahnik
The Ultimate Smart Water Bottle Is On Sale
Bala's Ankle Weights Are Finally On Sale
CeCe Telfer Has Already Made History