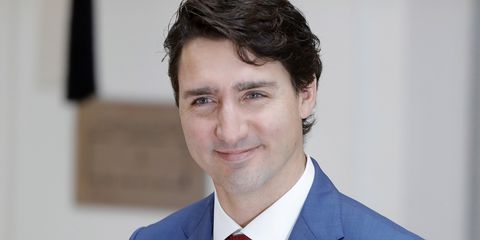 At the World Economic Forum annual meeting in Davos, Switzerland this week, Justin Trudeau made quite an impact. While it's likely that the Canadian Prime Minister said some extremely important and influential things, it was his socks that everyone was talking about. And it's easy to see why:

No, your eyes are not deceiving you. Trudeau really did just wear purple socks featuring yellow ducks to a very serious, political event:

Trudeau's sock game is strong. And it makes you wonder what else he's hiding in his sock drawer, doesn't it?