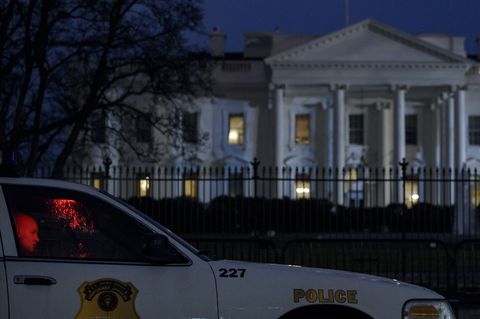 ISIS released a new video on Monday threatening to attack countries taking part in airstrikes on the group's stronghold and vowing to attack Washington D.C., according to Reuters.

"We say to the states that take part in the crusader campaign that, by God, you will have a day, God willing, like France's and by God, as we struck France in the center of its abode in Paris, then we swear that we will strike America at its center in Washington," a man identified in the video as Al Ghareeb the Algerian says.

The video opens with footage of the aftermath of the Friday night attack on Paris, where at least 129 people were killed and hundreds injured. ISIS took responsibility for the attack.

In the wake of the attack, U.S. officials stepped up security in major cities—including New York and Washington—but assured the public that there are no credible threats against America. On Monday, CIA Director John Brennan told an audience at the Center for Strategic and International Studies that it was "inevitable" that ISIS will try to carry out more attacks in the West, but, he stressed, "to me it is not inevitable that they are going to succeed," according to the Associated Press.