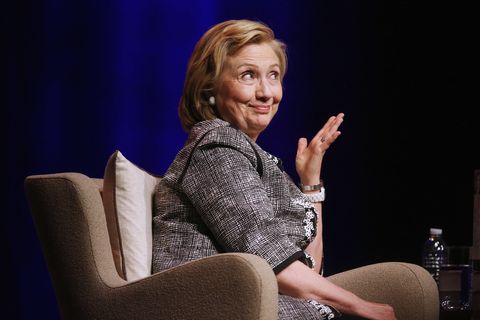 On Sunday afternoon, Rep. Jason Chaffetz announced on Twitter that FBI Director James Comey informed him that the Bureau has "not changed our conclusions that we expressed in July with respect to [Secretary] Clinton."

FBI Dir just informed us "Based on our review, we have not changed our conclusions that we expressed in July with respect to Sec Clinton"

It was, of course, a tweet from Chaffetz that more than a week ago sent the election into chaos, upsetting what seemed to be a foregone conclusion: a sure Clinton victory.

On October 28, Chaffetz announced that the FBI had sent Congress a letter saying they had discovered previously unknown emails related to its investigation surrounding Hillary Clinton's use of a private email server while she was Secretary of State. The emails in question, it was later revealed, belonged to longtime Clinton aide Huma Abedin, wife of disgraced former Congressman Anthony Weiner, himself under FBI investigation for sending lewd text messages to a minor. The emails were found on a laptop Abedin and Weiner allegedly shared.

As has become commonplace with Clinton, the mere appearance of impropriety was enough to send her supporters into a panic and fire up her detractors. It also caused many to question Director Comey's competence; the FBI has a long history of intentionally going out of its way to prevent interference in elections.

Conventional wisdom said that it would take weeks or, possibly, months for the FBI to fully review the reported 650,000 emails found on the computer. It therefore came as a surprise that the review was completed fewer than 10 days after the emails were discovered.

"We reviewed all of the communications that were to or from Hillary Clinton while she was Secretary of State," Comey wrote to members of Congress in a letter on Sunday. "Based on our review, we have not changed our conclusions that we expressed in July with respect to Secretary Clinton."

In July, Comey testified to Congress that Clinton had been "extremely careless" in her handling of classified information, but he would not recommend criminal charges.

According to Pete Williams of NBC News, all documents found were either duplicates or personal.

New Comey letter: FBI has not changed its conclusion regarding Clinton use of personal email server pic.twitter.com/IdKT1gweMf

This content is created and maintained by a third party, and imported onto this page to help users provide their email addresses. You may be able to find more information about this and similar content at piano.io
Advertisement - Continue Reading Below
More From Politics
Moving Forward: To Heal America We Need the ERA
Important 2021 Elections to Keep on Your Radar
Advertisement - Continue Reading Below
Lisa Murkowski Hints She'll Vote to Convict Trump
AOC Calls Out the Hypocrisy of "Blue Lives Matter"
All Your Qs About Biden's Inauguration, Answered
President Donald Trump Was Just Impeached, Again
Teleabortion: A Bitter Pill
Cori Bush Decries GOP Refusing Safety Protocols
AOC Thought She Was Going to Die Inside Capitol
Attorney General Letitia James Takes on the World