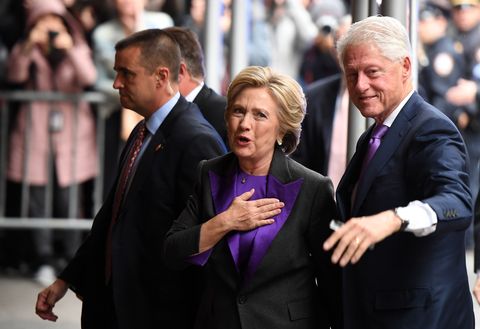 Bill and Hillary Clinton plan to attend Donald Trump's inauguration on Jan. 20, according to aides to the former president and secretary of state. Their presence at the inauguration puts the 2016 presidential rivals on the same platform only weeks after their tough campaign.

Hillary Clinton, the Democratic presidential nominee, has largely avoided the public eye since Trump's come-from-behind victory in November. As a former president and first lady, the couple faced the difficult decision of whether to attend the ceremony.

The announcement that the Clinton's would be at the inauguration came shortly after former President George W. Bush's office said in a statement that he would attend along with former first lady Laura Bush. "They are pleased to be able to witness the peaceful transfer of power — a hallmark of American democracy — and swearing-in of President Trump and Vice President Pence," the statement said.

Former commanders in chief usually attend inaugurations, but until Tuesday Jimmy Carter was the only president who had publicly said he was attending the event on Jan. 20. George H.W. Bush will not be there because of his health, according to CNN.

Neither President Bush reportedly voted for Trump despite both being fellow Republicans.