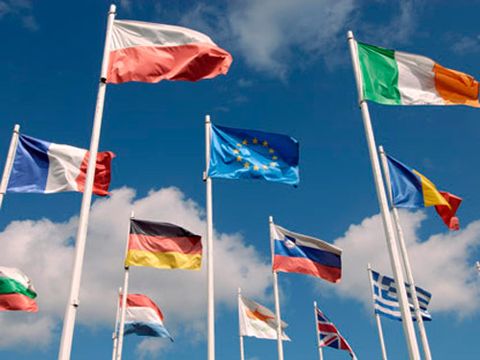 "Japanese politics are incredibly boring — the same party has dominated here for more than 50 years — but things seem much more dynamic in America. It will be years before Japan could even think of electing a female head of government, so it will be fascinating to see how far Hillary can get. I also like John Edwards — he is young and good-looking and seems to have lots of energy. In the end, though, most Japanese people probably won't care who replaces [Bush], as long as it is someone they can do business with."

Sarah Stewart, 36, journalist based in Malaysia

"I'm desperate for this presidency to end and for the U.S. to begin reestablishing its priorities and repairing the damage of the last eight years to foreign policy. Living in Malaysia, a Muslim-majority country, I am very aware of how disappointed people are by the actions of the outgoing administration. I hope the next U.S. president does something to restore America's reputation abroad."

"Nobody could be worse than Bush, so I don't care who replaces him as much as I care about him leaving office. I don't like his conservative politics, and I don't like war. Switzerland is a neutral country, so I grew up hating that kind of global aggression. I think America needs a big change, and I would be very impressed if the country elected either Barack Obama or Hillary Clinton as the next president. To me, it would show that the American people are ready to take risks and be progressive in order to improve their lives."

"If Arnold can be governor in the U.S., anything is possible, so I won't be surprised if an African-American or a Mormon becomes president. Singaporeans don't even bother about Singapore politics, so most can't tell the difference between a Democrat and the other side in American politics. I think the new presidency has to resolve their current high consumer-lending rates. It's quite scary how 'overspent' the Americans are. And their pension system, too — where people sit on their porch the whole month drinking and awaiting the next month's pension. Isn't it draining on the actual working workforce?"

"Educated Thai people admire the American system of democracy and want the same for our country, but few people admire George Bush. As Buddhists, we hate war and aggression, and we all think the invasion of Iraq was a terrible mistake. America has lost its 'hero status' for many people because of that. When I was growing up in Bangkok, everyone loved America because of its movies, music, fast food, and so on, but that's changed. Now we live in a more global society with a lot of other influences from China, Japan, Europe, and even the Middle East. America is not so important anymore."

"I hope the next U.S. president will do more for American women — issues like maternity leave are far behind the rest of the Western world. I also feel sorry for Americans who have to work 12-hour days to afford basic things like health care. We pay high taxes in Sweden, but we have more quality time to spend with our families and much less poverty in our society."

"I hope the new president will try to improve relations between China and the U.S. America has a patronizing attitude toward us. For example, many people felt the recent recall of millions of Chinese toys was alarmist and insulting and very bad for trade relations. China and America are both superpowers who are increasingly dependent on each other, so it's important to get along."

"In Germany, we appreciate strong government, but we also think it is important to cooperate with other countries. I hope the next administration will take a less confrontational approach than the current one. I don't think it matters whether a man or woman is elected. No one here cares about Chancellor Angela Merkel's gender because she just gets on with the job."

This content is created and maintained by a third party, and imported onto this page to help users provide their email addresses. You may be able to find more information about this and similar content at piano.io
Advertisement - Continue Reading Below
More From Politics
All About Ruth Bader Ginsburg's Posthumous Book
A Guide to Celebrity Presidential Endorsements
Advertisement - Continue Reading Below
Who Is Moderating the Third Presidential Debate?
All of Joe Biden's Homes
What's at Stake for Police Reform in November
Marie Claire's Guide to the 2020 Election
Joe Biden's Town Hall Was a Whole New Level of Zen
Savannah Guthrie Went Head-to-Head With Trump
Your Guide to the 2020 Presidential Debates
What's at Stake for Healthcare in November