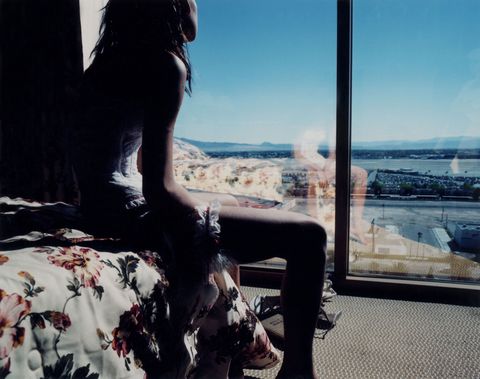 Amnesty International, one of the biggest human-rights groups in the world, is calling for prostitution to be legalized worldwide. But it's facing major backlash from human trafficking groups, who say that could do more harm than good.

In August, the group will ask its delegates to vote on a proposal that calls for the decriminalization of sex work. The proposal makes it clear that human trafficking for sexual exploitation should be criminalized around the world, and certainly if the prostitution involves children. "Criminalization, in its varying forms, exposes sex workers to increased risk of human rights abuses," the proposal reads.

But part of the proposal has led activists to raise their eyebrows: the issue of consent. "By definition, sex work means that sex workers who are engaging in commercial sex have consented to do so," the policy reads. But an open letter signed by more than 400 human rights advocates, plus celebrities like Lena Dunham, Meryl Streep, and Kate Winslet, argues that's not the case.

In the letter, the group says the policy would "legalize pimping, brothel owning and sex buying," but wouldn't necessarily protect prostitutes. Instead, they say it would create a "gender apartheid," which would privilege sex workers who have the choice to enter or leave the industry, and hurt women who don't have that choice. A Change.org petition urging delegates to vote "no" on the policy has received more than 4,000 signatures.

But some sex workers say activists like Dunham and Winslet shouldn't speak for people who aren't in their privileged situation, and that criminalizing prostitution makes it tougher for people who are trying to leave it, and can actually be harmful to women. "I've definitely experienced acts where I consider myself a victim of sexual assault and feel like there's no option, knowing the person who hurt me made that decision knowing I couldn't go to the police," a sex worker who went by the name Jane told The Daily Beast.

A representative for Amnesty International told The Daily Beast that there's no official policy yet, and it's unclear which way the vote will go. Either way, though, a large group of activists won't be happy about it. So what's the alternative? Many activists point to some Scandinavian countries, which only criminalize buying sex, not selling it, and offer programs to support women who are being forced to sell sex. According to CNN, street prostitution has been nearly halved, and trafficking has declined, since the laws were put into effect.