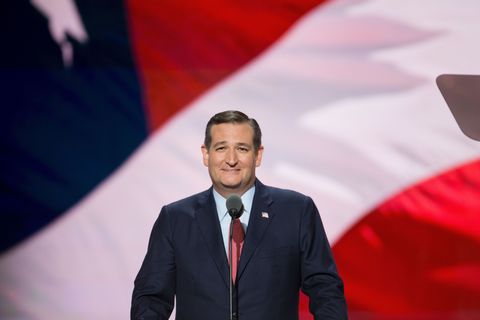 For reasons that remain confusing and highly insulting, Ted Cruz just recently hopped on a TV interview and referred to democrats as the party of the Klu Klux Klan. By way of some background, Cruz was reacting to the left's strong opposition to Jeff Sessions, who has been accused of racism.

"When the left doesn't have any other arguments, they go and just accuse everyone of being a racist. It's an ugly, ugly part of the modern Democratic Party," Cruz said on Fox. "The democrats are the party of the Klu Klux Klan. You look at the most racist, you look at the Dixiecrats, they were Democrats who imposed segregation, imposed Jim Crow laws, who founded the Klan. The Klan was founded by a great many Democrats."

According to the Huffington Post (who cites PolitiFact) this is false, but more to the point, neither democrats nor republicans are the party of the KKK. If anyone should be dubbed such a thing, it would be White Supremacists—who, by the way, seem to be finding their voice just fine in the current administration.