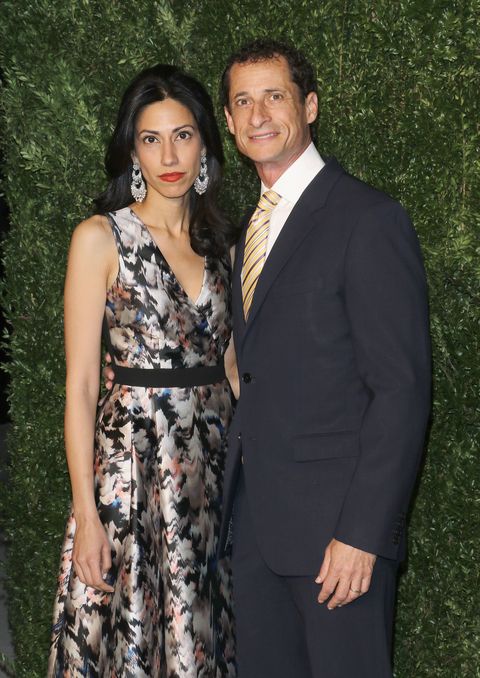 After being embroiled in sexting scandals for years—most recently involving a minor—former congressman and New York mayoral candidate Anthony Weiner was also served divorce papers by his wife, Hillary Clinton aide Huma Abedin. The New York Post reports that Abedin has filed for divorce in the Manhattan Supreme Court.

Abedin has reportedly asked for the case to remain anonymous, and the filing is uncontested, so there will be no fights over custody of their son, 5-year-old Jordan. She had previously filed for separation in August, during Clinton's campaign, after it emerged that Weiner had exchanged lewd images—one that included Jordan in the frame.

On Friday, Weiner pleaded guilty to transferring obscene material to a minor, admitting he sent sexual messages to a 15-year-old high school student. The New York Times reports he will have to register as a sex offender and may face jail time as part of a plea deal. He will be sentenced on September 8. In court, Weiner said he has started mental health treatment. "I accept full responsibility for my conduct," he told a judge. "I have a sickness, but I do not have an excuse."