I once passed the better part of a summer waiting for a spark to ignite with a guy whose feelings for me were mostly inscrutable, while mine never warmed above tepid. We got along well enough, were amply able to sustain a conversation, but ultimately, both of us understood that we were taxiing down an endless runway without any possibility of takeoff.

So when the subtle shifts in conversational dynamics occurred—increasingly extended pauses between texts, outlines of weekend plans left to languish as Friday loomed—I (correctly) assumed imminent ghosting. And while I found that style of exit both rude and frustrating, when things did fizzle for good, it seemed like the right and natural end.

Except that it wasn’t the end, not quite. Roughly two months after my final unanswered text, I opened my phone to a series of dispatches from my ghost, making small talk about Netflix as if it had been a week since we’d spoken. Confused and genuinely curious, I inquired after his endgame: Was he angling for me to come over, or was he just making conversation?

They’re not so much “trends” as perennially shitty dating practices.

The latter, he said, before sinking back into a silence that lasted four more months. One random spring morning, I awoke to a late-night invitation to join him and a friend at a bar down the street from my apartment. Over the next couple of weeks, he fired off a few more variations on “u up?” until I eventually answered, explaining that I was seeing someone but wished him well. No response. His periscope dropped down below the waves, never to resurface again. At least not so far.

7 'Sex And The City' Guys You'll Meet On Tinder 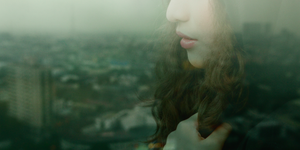 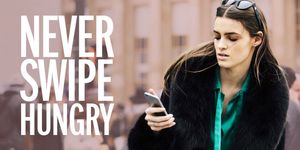 5 Affirmations for the Modern Dating-App-Users

In 2016, I referred to this episode ghosting, but the internet recently furnished a more precise term: submarining, or the sudden vanishing of a romantic prospect who just as suddenly reappears at some future date, cresting huge and unannounced and without mention of the intervening silence, as if they’d never disappeared at all. Submarining is just the latest in a series of freshly spawned dating “trends:” There’s breadcrumbing, or maintaining a person’s interest by occasionally throwing them communication scraps that suggest some kind of intention; there’s stashing, or deliberately cloistering a new partner away from friends, family, and social media, as a means of keeping the relationship informal and non-exclusive; there’s cushioning, or the low-key lining up of several alternative partners as a sort of insurance against the dissolution of a new relationship.

The unifying themes, as I see them, include disregard for the feelings of others and a certain dismissiveness. Neither are new in the dating game—they’re not so much “trends” as perennially shitty dating practices. The lighthearted designations may help them seem less egregious, but pet names just normalize the behavior so it becomes easier to indulge, more socially acceptable. If everyone ghosts each other all the time, then we don't have to hold ourselves too accountable to other people’s feelings. They know the rules.

These phenomena are inextricably linked with the fact that so many of us are dating via apps. According to Paulette Sherman, Psy. D., psychologist and author of Dating from the Inside Out, Tinder and its ilk are making people “lazier and maybe more rude.”

“Personally I feel like we’ve lost something, in terms of our manners, in terms of taking more time and effort to get to know a person, and I think part of that is because of the overload of the dating sites,” she says.

“I’m sure that in the past, before dating sites were popular, romantic prospects stood people up, they led them on—like breadcrumbing—and they’d maybe, possibly disappear,” she continues. “But I think that was harder to do when they’d met at a place they’re going to see each other again, either in a small town, at church, in college, a fix-up. It’s a lot more uncomfortable that way.” Technology, however, affords impunity.

Tinder and its ilk are making people “lazier and maybe more rude.”

Most people prefer not to break bad news in person—according to a 2013 Pew Research Center report, even before Tinder became ubiquitous, one in six Americans had dumped a partner over text, email, or online message—and if you asked any octogenarian about their dating days, many would be able to dredge up some stories about heartbreak and romantic fuckery. But Tinder feels extra impersonal, like shopping for humans. I suspect that scrolling through endless faces primes us to understand our matches as images on a screen rather than real people, opening the door to emotional negligence.

Gail Grace, a licensed clinical social worker and therapist in New York City, agrees that bottomless romantic options probably means more ghosting, more submarining. The legitimate desire for human connection, she says, hasn’t changed, but dating apps make it harder to shake the feeling that the perfect person may be just another swipe away—and potentially harder to focus on whoever’s in front of you.

“Anything worthwhile takes time: if you’re going to go to get your Ph.D. that’s going to take time. If you’re going to train for a marathon, that takes time,” Grace says. “It takes time to get to know people.” Thanks to social media, it’s never been easier to peer into a person’s personal life and jump to conclusions about who they are, moving more quickly onto the next.

There is an upside in having latitude to make quick, decisive calls as red flags arise, though. Sherman and Grace both agree that apps like Tinder can be wonderful tools for introducing people who would never have met otherwise. Still, daters these days are overwhelmed with choice.

Moira Weigel, author of Labor of Love: The Invention of Dating, warns against romanticizing previous generations’ courtship practices. Dating has long had a way of bringing out the worst in people. 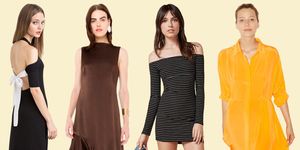 What Your Zodiac Sign Says About Your Dating Life 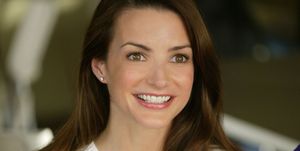 “We’re all very familiar with the conversation that goes, ‘Oh dating is terrible, it used to be good and now it’s bad,’” Weigel says. “Try being a gay man in the 50s; try being an interracial couple; try being a divorced woman.” That nostalgia is often wrong.

“Everyone has always complained about dating,” she adds, nodding to the agony aunt columns (anonymous, advice-seeking Dear Abby letters) of yore that detailed evergreen complaints from women who’d had it up to their spit curls with the cads of the day. Although technology has exacerbated people’s negative tendencies, dating shorthand, Weigel says, is as old as media.

Consider the “The Fusser,” a sort of old-timey fuckboy Weigel defined as “a playboy-ish college man who’s going on dates with everyone” in the 1920s. She also pointed to the cast of “types” outlined in F. Scott Fitzgerald’s debut novel, This Side of Paradise, published in 1920: the “slicker,” the sharply dressed, slick-haired cool guy; the “Popular Daughter,” or P.D., invariably engaged to a rotating carousel of tycoon heirs; the “belle,” perpetually encircled by eager suitors; the “flirt”; the “baby vamp.” All of these entrenched themselves in popular culture, media coining terms the public then mimicked.

“Part of the function of all of these terms is also to consolidate a certain female online community.”

Social media takes it one step further, Weigel explains, algorithmically herding us into groups of people with whom we have interests in common: You and your friends probably inhabit the same online spaces, which means the internet probably pushes you toward the same types of guys. A pool of your thought peers probably includes people who have encountered the same “particular kinds of creatures” in the wild, and so you develop a common language to describe them. While it’s possible that assigning pet names to bad behaviors might make them feel more common and less abjectly rude, there’s also something unifying and joyful in crafting hashtaggable labels—especially for women.

“These terms usually are critical of straight male behavior,” Weigel notes. “Certainly, they involve a lot of heartache and unpleasant experiences, too, but part of the fun is making a name for it, and part of the function of all of these terms is also to consolidate a certain female online community,” she adds.

Women online are writing a new vocabulary for the nonsense men pull. They’re publicly calling it out, rather than anonymously raging about in a Dear Abby letter. If there’s anything generational in millennial dating trends, maybe it’s a shift toward women’s agency. And if that is the case, then count me ready for the next one.