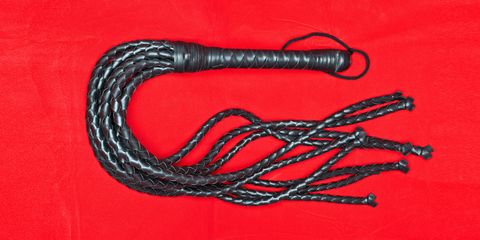 More than half of men fantasize about being dominated by a woman. That's not an exaggeration or a slogan of the feminist movement—it's a fact.

Just how many women are doing this or how much money they're making is hard to discern: The work's blurry legal lines—pro-domming isn't prostitution, as they typically don't have intercourse, but many states consider lewd acts with a paying party unlawful—make coming up with stats near impossible. It also makes it difficult for the women to get paid or advertise their services. Paypal, Chase, Visa/Mastercard, and Square are all quick to shut down the accounts of professionals in sex-related industries. And in January, Backpages, which hosted the nation's largest classified ads for adult services, shut down the section due to ongoing pressure from the Senate. 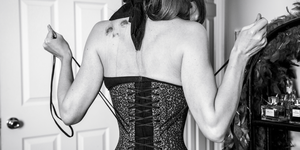 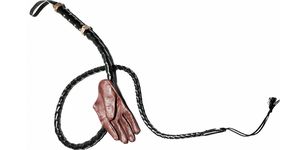 How Many People Are Actually into S&M?

MarieClaire.com interviewed several of the industry's top performers to reveal how the job really works—here, their secrets.

Dommes who work for a dungeon often make less money, but in return, the dungeon provides them clients, space, and support. That's not the case for pro-dommes who work as independent contractors. Freelancing means they set their own rates (a Chicago-based domme might make $300 an hour, while men on the coasts should expect a higher price tag), but don't have the protection of the dungeon, so they have to be extra cautious about the men they work with.

Many conduct extensive background checks on clients. Before booking an initial session, some women require phone interviews or deposits to ensure the client is serious. Oakland-based pro-domme Andre Shakti uses a potential client's phone number or email address to do a basic Internet background check. She pulls up their social media profiles or uses their work email address to find them on their business's roster—any details she can use to verify that the person is who he says he is. She might even go so far as asking for their employment history or a pay stub. But in the end, she relies on her gut. 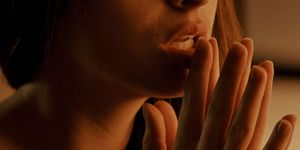 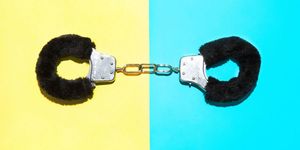 What Do We Mean When We Ask for Rough Sex?

Shakti says that nine times out of ten she can tell just by the way the client writes an email whether or not she wants to work with him. "Whether he uses respectful language that you would use to address a professional colleague or derogatory language, or whether he's self-centered versus very open…you can tell the education level, as well as level of respect for whom they're typing to. I'm able to screen out people I wouldn't like."

Pro-dommes want clients that respect them as individuals, not just employees. Another red flag for Black is when men are overly graphic from the get-go. "I don't want to be around that kind of person that sees me purely as a sexual object. While that's something that I'm selling, that's not the only thing that's on the table. I'm selling my skills and my personality, as well.

When a fetish goes too far, there's a backup plan

"Our community is pretty small and we all try and keep each other safe," Shakti says. So when a guy is interested in a very specific service—like pet play (when the submissive wants to act like a puppy or some other animal) or something more extreme—that a domme does not offer, she'll refer him to another domme who does. Consider it a referral network.

In fact, many dommes use programs that allow them to ID and review clients, reporting no-shows, no-pays, or safety violations.

Safety is paramount—and there are risks—but the pro-dommes we spoke with all said they've had fewer issues than laypeople might expect, thanks to the aforementioned systems. "There are survival sex workers who can't afford to do full screenings or turn down paid work the way that non-survival sex workers can," Shakti explained of women in more desperate situations, sometimes facing homelessness. "But generally we have a pretty good profile of our client before we even meet them the first time."

There *are* boundaries—and dommes expect clients to know them

Los Angeles-based domme Mistress Mina Mercury gets annoyed when men don't do their research. Dommes want to work with clients who understand the profession and its limits. "I do not do anything that ends in 'job' nor will I let you lick my pussy or my asshole," says Mercury. "I get a lot of calls asking if I get fully naked during my session and if there's mutual touching. When someone asks me those type of questions, I know that I don't want to session with him." When a client wants what is known as "full-service work" (i.e. a session involving normative sexual acts), Mercury suggests they find an escort, not a dominatrix.

The work is rewarding in very surprising ways

Other jobs might be safer and more consistently legal, but professional dominatrixes tend to do this work because they love it. "My services are what a client gets for himself as a present," says pro-domme Miss Emily. "They're looking for something that can't be offered in their romantic life. When a client can be in pain and still look satisfied, I'm happy knowing I'm giving them what they want." Los Angeles pro-domme Mistress Damiana Chi, who's been in the industry for 17 years, adds that she loves her job "because it is deep, inner work that helps people become more of who they really are. This work is psychologically, emotionally, sexually healing. I hold a Ph.D. in psychology; I help people more as a dominatrix than I could as a psychotherapist."

Inside an Elite Hamptons Sex Party 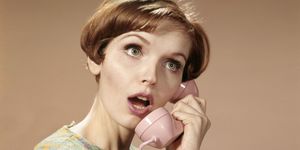 I Got Arrested for Being a Brothel Receptionist