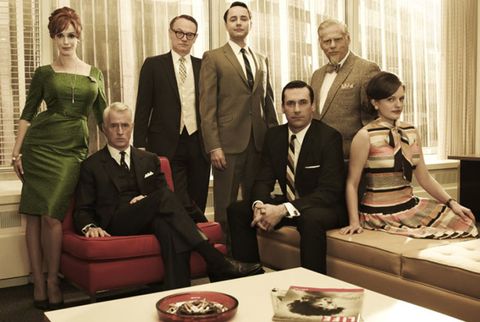 1. Come over. We won't make it a late night. Just one glass of wine. If a guy is trying to lure you over to his place for one glass of anything he is really trying to get you to have sex with him. And I mean a lot of sex. He knows there is a full bottle of wine being split in this case, then sex, so he knows it's going to be a late night. He hopes you know that and will come over anyway.

2. I like all your friends a lot. It's rare for a guy to like all your friends. He might get along with some, sure, but there's always one that just drives him crazy. For the record, it may be something bigger than the fact that her voice annoys him. Your guy might think she's manipulative toward you, or sees that she's stingy when you all go out so you always pay for her. But he's not going to say that. He's going to wait for you to say something about her first.

3. I would never fantasize about another woman in bed! Never say never. I hate to point it out but there's an old saying, "Show me a beautiful woman, and I'll show you a guy who's tired of sleeping with her." There is a place for fantasy in the bedroom and ideally it's articulated between you two and not all in his head. Still, never is a big word.

4. I can't wait to meet your parents. Some guys genuinely do want to meet your parents because they want to see where you come from. But the whole "I can't wait" thing is a fallacy. It's nerve-wracking for a guy to meet your parents. We just hope your dad doesn't bust our chops (too much) and we can relax around them. My friend Dave had a son a few years ago and when I asked him about how he felt about the gender he said, "In this case I only have to worry about one penis. If I were having a girl, I'd have to worry about thousands." From a young age dads worry about what will become of their daughters. It's hard being the guy that's having sex with daddy's little princess.

6. I have no idea why my ex is texting me. It's because they're still in semi-regular touch. In fact, she might just be replying to his text from earlier. That might not be a big deal to you (I'm friendly or friends with most of my exes) or it might. It's best to have that sort of conversation earlier rather than later in the relationship to find out who she is, when the break-up happened, and why, before you get too comfy with them being in regular contact.

7. You're so much hotter than all the other girls I know. Over the course of decades your guy has known a lot of women. School teachers, camp counselors, neighbor moms, classmates, girlfriends, bosses, employees, and then there's that one time he met Scarlett Johansson (in his head). You are hot, and I'm sure he thinks that, but there's someone he knows who is hotter.

8. That's the best sex I've ever had. Once in a blue moon this is true. But men know that it's a very nice thing to say to a lady after you've had sex with them, and a strong show of encouragement that might make you want to go again. In other words, it's an overplayed card. When four aces have already been played, the fifth should strike you as rather suspicious.

10. I'm just about to finish my drink then I'm coming home. The drink is about to be ordered, poured, or just arrived on the bar. In other words, don't hold your breath. He's more of a sipper than a chugger.

17 Signs You're With the Man You Should Marry

7 Wedding Traditions that Need to Die

12 Best Love Quotes of All Time

Why You Haven't Met *The One* Yet