In November of 2017, personal finance journalist Jean Chatzky tweeted that a 30-year-old should aim to have the equivalent of a year's salary saved for retirement. She added that 40-year-old should aim to have saved the equivalent of three times their annual salary; a 50-year-old, six times; a 60-year-old, eight times; and a retiree, ten times their salary. The internet lost its collective mind over Chatzky's parameters, describing them as unrealistic.

Ultimately, saving your money is a marathon, not a sprint, and one that everyone must do at their own pace. For what it's worth, Fidelity advises pretty much the same thing as Chatzky, but spared itself the vitriol by not tweeting about it. T. Rowe Price, meanwhile, cuts you a little slack: aim to have half your annual income saved by 30, and the equivalent of a year's both by 35.

The fuss over how much one "should" have saved by the age of 30 reminds me of the time a financial services company came to the office and gave us benchmarks of what we should have saved by a certain age. Many of us felt deflated. The numbers seemed so daunting, people felt they were behind before they had even begun. And if saving seems like an impossible goal, you can feel too defeated to even try—like, What is even the point?

Here's the thing. Generalities are just that: general. Think guidelines, not commandments. I don’t know what your salary is, where you live, the cost of living there, what your bills amount to, if you have student or medical debt, if you’re in graduate school, whether you’re helping support family or others, if you’re a single parent, if you've lost fiscal ground because of divorce, if you’re unemployed or underemployed or recovering from a spell of joblessness. You get the idea—a ton of specifics affect your ability to save. And I don't know what kind of retirement you want to have, which helps determine how much you'll need to get there.

So, as someone who’d rather not be raked over the coals or make anyone feel bad, I won’t give you a number. Mostly because I can’t. My advice amounts to this: Try to save 10 percent of gross income. Then, as your salary progresses, work your way up to 20. Even if you save less than 10 percent, that’s something.

But I'm no expert, so I went to one to ask her about it. "There are no required benchmarks you need to hit by a certain age," says Shannon McLay, CEO and founder of The Financial Gym. "As a general gauge, we recommend striving for five key numbers; saving 15 percent of your gross monthly income, having a six-month emergency fund, achieving a 750 credit score, maintaining two investment accounts, and keeping your debt-to-income percentage to 35 percent."

She adds: "While these numbers offer guidelines from which you can create goals, it's crucial to stress that finances are fixable, and you should not feel ashamed if your numbers don't match! In the end, it's much more important to focus on your personal financial goals rather than measuring them against a general rule of thumb."

Theodore Roosevelt once said, “Comparison is the thief of joy.” If you’re going to be motivated or inspired by others, cool. But if you’re only going feel inferior or like a failure, don’t. That said, if you are the type who likes to see how you're doing compared to others, knock yourself out with these figures:

Still, remember: Marathon, not a sprint. Go at the pace you're comfortable with.

Related Stories
Roth IRA vs. 401K: Where to Stash Your Cash
The Couple on the Fast Track to Early Retirement
This content is created and maintained by a third party, and imported onto this page to help users provide their email addresses. You may be able to find more information about this and similar content at piano.io
Advertisement - Continue Reading Below
More From Take Charge of Your Money
The Best Finance Podcasts Out There
How to Manage Your Money During Coronavirus
Advertisement - Continue Reading Below
Found: The Budgeting Apps That Actually Work
Your No-Bullsh*t Guide to Your Emergency Fund
The Definitive Guide to Budgeting In 2021
Should I Pay Off My Mortgage Early?
Roth IRA vs. 401K: Where to Stash Your Cash 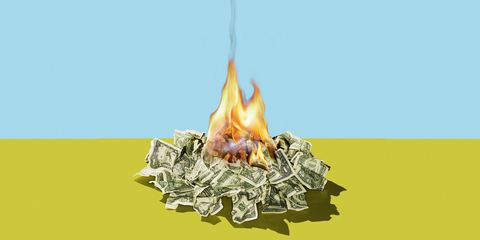 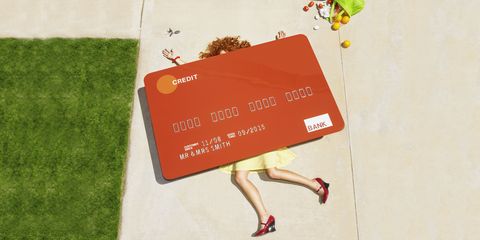 Don't Blow It: The 6 Most Common Money Questions, Answered 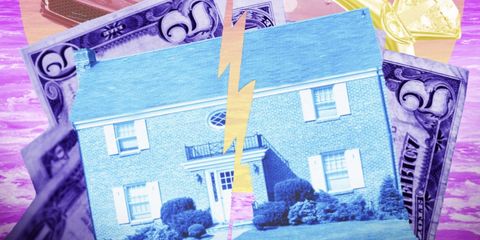 My Secret Shame: I Am Clueless About Money