Today's Top Stories
1
This Is How It Feels to Be Racially Profiled
2
Fashion Brands That Give Back for Pride Month
3
Singletons Are Trapped in a Jane Austen Novel
4
How to Protest Safely Right Now
5
'All Adults Here' Is an Ideal Quarantine Read
Hefner at 40 years old in 1966, surrounded by 50 Bunnies
Getty Images

Hugh Hefner, founder of Playboy magazine, died yesterday at age 91. Undoubtedly an iconoclast, Hefner is rightly remembered as one of the first people to launch a national rebellion against the right-wing moralism of his time. That it was done at the expense of women, unfortunately, seems to be largely glossed over today.

It’s true that Hefner was a vanguard, and pushed back against a rigid understanding of human sexuality that depicted sex outside of marriage as immoral. Playboy, first published in 1953, was one of the earliest men's magazines to portray sexuality as natural rather than seedy. But the way Playboy shifted the cultural understanding of sex was by telling its male readers that objectifying women was something to aspire to. Hefner created a vision of American masculinity in which men didn’t want to be tied down and women were little more than collectible sexual trophies.

Not exactly revolutionary. At least not for women.

Part of doing justice to someone’s legacy is telling the truth about them. So let’s be honest: Hefner didn't start the sexual revolution—he profited from it.

Hefner was a vocal critic of the feminist movement, noting “women shouldn't be wasting their time on this foolishness."

That’s why it’s strange to read remembrances of Hefner, like this one in Variety, that credit the mogul with launching the sexual revolution “nearly single-handedly” while dismissing the large-scale cultural change that was already happening. The women's rights movement was in full effect, birth control was becoming legal and accessible, and notions about what was acceptable sexually were starting to evolve. But the piece literally reduces these things to a parenthetical, claiming Hefner only got "some help from the advent of the birth control pill and the rise of feminism."

The July 1969 cover of Playboy
Playboy

The truth is that Hefner was a vocal critic of the feminist movement, noting in one interview, “women shouldn't be wasting their time on this foolishness.” And accounts from former girlfriends paint a troubling picture of what life was like for Playboy Bunnies who lived inside the mansion with Hefner: isolation, curfews, emotional abuse.

When Gloria Steinem went undercover as a Playboy Bunny in one of Hefner’s clubs, her piece revealed female employees made to believe their presence was about sexual freedom at the same time they were degraded and taken advantage of financially. It’s a trend we see even today: Women told by male employers that they’re being sexually liberated while what they really want and need as individuals goes ignored.

This doesn’t mean Hefner wasn’t an incredibly important person who changed the way we talk and think about sex—just that the changes he made weren’t good for everyone. And while Playboy did lend a sheen of acceptability to overt sexuality, the truth is that women found means to leverage the way men objectified them long before the brand came along. Playboy just monetized it better than most. 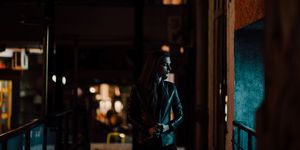 Men Don't Get to Say We Don't Need Safe Spaces

Dear Trumps, You're Not Victims. 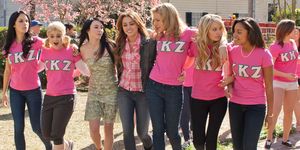 People and movements are complicated. Hefner did not treat women very well, but he did support civil rights causes. He built an incredible international brand that was a huge part of the national conversation on sex and opened up debate on the First Amendment.

But paying homage to Hefner’s successes without laying bare what his legacy meant for women only tells the partial story and does a disservice to us all. So while America remembers its most beloved bachelor, I will remember what his life and career did for, and to, women.