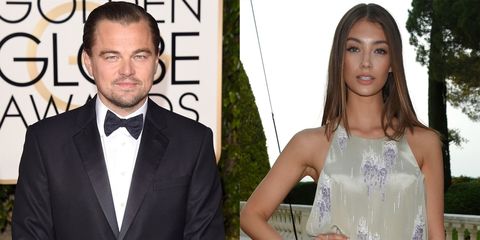 If you know anything about Leonardo DiCaprio's dating history, it's probably that he tends to date blond models. (His long list of exes includes Gisele Bundchen, Bar Refaeli, and, most recently, Nina Agdal, to name a few.) Now the actor appears to have a new love interest, and she's actually a brunette this time—but she's still a model. (Way to expand your horizons!)

DiCaprio has been "spending more time" with 23-year-old German model Lorena Rae, Page Six reports. They were most recently seen having lunch together yesterday in NYC. A witness said the pair "seem like an item" and Leo tried to make a low-key exit with "his hat over his eyes." The two were also reportedly spotted visiting MoMA PS1 together, and Rae was also seen riding Citi Bikes with the actor last week. 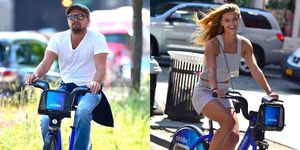 Leonardo DiCaprio DTRs in the Most Leo Way

According to Page Six, the DiCaprio and Rae have been "friends for a while." She reportedly partied with him in Monaco in May, and was with the actor on a yacht (along with Tobey Maguire) in St. Tropez in July.

Rae has yet to respond to the dating rumors, but a rep for DiCaprio said, "They're not dating." But if they are, in fact, together, she wouldn't be the actor's first dark-haired lady. He's had previous rumored flings with Helena Christensen, Bijou Phillips, and, let's not forget, Rihanna.