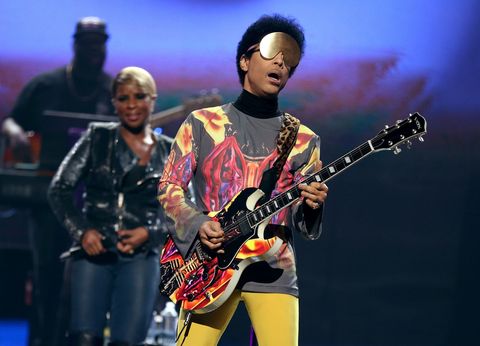 Six days before the overdose that killed him, music legend Prince overdosed on his plane, prompting an emergency landing that made headlines around the world. And now his protégée, singer Judith Hill, is opening up about what happened that night.

Hill was having dinner with Prince on their flight from Atlanta to his Paisley Park estate when he passed out, "his eyes fixed," she told the New York Times. Had she looked away for even a second, she might have thought he just was asleep, but she could tell something was wrong.

She yelled his name and shook him, but he didn't wake up. Fearful for his life, she and his aide, Kirk Johnson, told the pilot to make an emergency landing in Moline, Illinois. Paramedics then gave him a "save shot" of Narcan, a drug used to counteract opioid overdoses, and took him to the hospital. By the time he was there, he was awake, "which was a relief to me, because I thought he was gone," Hill said.

She said he told her, "I had to fight for my life. I remember hearing your voices from afar and saying to myself, 'Follow the voices, follow the voices, get back in your body, you gotta to do this,'" she told the Times. "He said it was the hardest thing he'd ever done, to get back into his body like that."