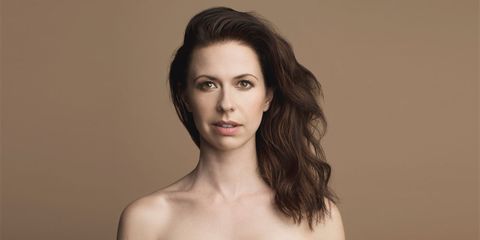 It's been over two years since indie folk duo The Civil Wars broke up after a whirlwind ascent to the spotlight, which included Grammy-winning debut album Barton Hallow (2011), touring with Adele, and collaborating with Taylor Swift for the Hunger Games soundtrack.

For Joy Williams, who was one half of the band with creative partner John Paul White, the breakup served as a catalyst for a powerful journey of self-discovery—one that's materialized in her new solo album VENUS.

On "What a Good Woman Does," the latest track off the record, she dives deep on just that. Listen to it here:

"I don't know when I started believing this, but I used to think if you're a good woman you can't be messy, and you can't be mad," she explains of her emotional evolution and how it's reflected in the song. "I've been learning that neither of those two things is true. This is that moment when you want to call someone up and give them a piece of your mind, but you don't because you know that no good will come of it."

By hanging up the phone and letting her pain marinate, Williams found a liberating perspective.

"I've learned sometimes it is enough to let yourself feel the anger," she says. "It doesn't mean that you have to always act on it. Anger can actually bring a searing clarity, and moving through that anger can eventually bring peace. And if you're wondering: Yes, this song is about the ending of The Civil Wars."

"The whole emphasis of my new album VENUS is I'm discovering what it means to be a woman," she continues. "It's not necessarily the things I was taught. It's the things I'm learning on my own. The good, the bad and the ugly is all in there. To be strong and to be weak, and to be scared and to be bold, and to be angry and to forgive, and to be broken and to break open, and break through, and to be hurt and to do the hard work to heal. That's the type of woman I want to be."

VENUS, out June 30, is available for pre-order now.

Lauren Valenti Associate Web Editor I’m the associate web editor at Marie Claire.
This content is created and maintained by a third party, and imported onto this page to help users provide their email addresses. You may be able to find more information about this and similar content at piano.io
Advertisement - Continue Reading Below
More From Celebrity
Rihanna and A$AP Were Spotted on a Date
Prince Harry Is "Really Missing" Meghan Markle
Advertisement - Continue Reading Below
J.Lo and A-Rod Are "Completely Back On"
Chrissy Shared the Cutest Photo of Luna and Miles
Gaga Stuns in a Wedding Dress for 'House of Gucci'
Prince Harry Is Quarantining at Frogmore Cottage
Meghan Markle Expresses Sympathies to the Queen
Prince Harry Remembers Prince Philip
Prince William Statement on Prince Philip's Death
Meghan and Harry Are Facing Security Threats