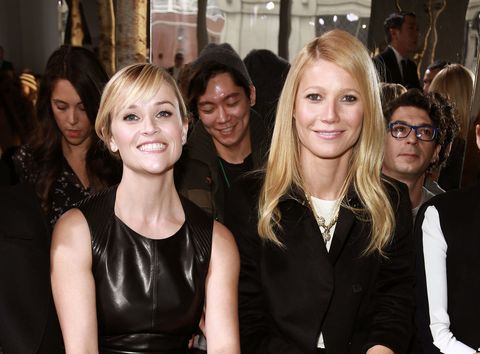 Fed up with being lumped together with other actresses who have launched lifestyle sites even though she was technically the one who started it all, Gwyneth Paltrow gave TIME an epic tutorial on everything that is wrong with the way the media covers female celebrities doing things that are slightly related to one another.

"I wonder if George Clooney would be asked about Puff Daddy's ancillary liquor line," she said. "I'm fascinated how the media in particular are so confounded by entrepreneurial women doing something outside of their box…People are grasping at straws to tie us together and I get it, because it makes a good story, but I'm slightly offended by this sort of generalization that happens with myself and Jessica and Reese and Blake. Yes, there are similarities. But there aren't stories in TIME written saying, 'Wow, look at Arnold Schwarzenegger, who did x, y, and z!'"

She then insisted there is no competition between her and her fellow #GIRLBOSSES and expressed hope that, one day, the press would instead focus on women building one another up. Ten out of 10 for you, Professor Paltrow, plus a glowing review that'll make all the other kids want to take your class next semester. 🙏