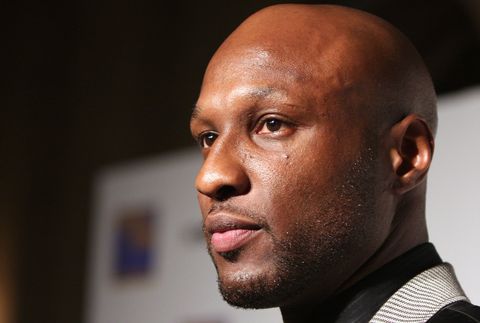 Truly terrifying. After reports that Lamar Odom had been found in a Nevada brothel unconscious, E! News has now reported that doctors are treating his condition as an "overdose."

"Likely there's brain damage, but they're not sure how much," the source tells E!. "Virtually every drug imaginable was found in his system."

Odom, who remains unconscious and reportedly on a ventilator, has struggled with addiction—which contributed to the ending of his marriage to Khloé Kardashian. The two still stay in touch, however, and the reality star has flown to Las Vegas to be by his side. (Kris Jenner was also seen near the hospital.)

According to E!, Odom appears to have suffered an "ischemic stroke," which is caused by blood clots preventing blood from reaching the brain. This type of stroke is often associated with cocaine, among other drugs.

Odom's stroke is likely caused by an accidental overdose, as many spotted him partying all weekend in Vegas. Our hearts are with Odom and his loved ones at this time.