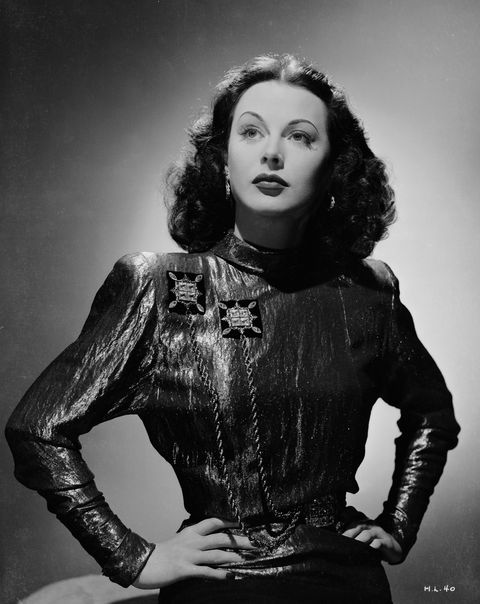 Hedy Lamarr is best known as a 1940s screen siren, starring opposite leading men like Clark Gable and living a glamorous lifestyle most people could never dream of. But throughout her life, she knew she was more than just a pretty face, and turned her boredom into an invention that changed the world.

Google is honoring Lamarr's contributions with a doodle on its homepage today, which would have been her 101st birthday. (She died in 2000 at age 86.) Here are 5 things you need to know about what makes her such an icon:

1) Her inventions were designed to thwart the Nazis.

During World War II, Lamarr started inventing ways to stop the Nazis from blocking Allied radio signals. Though her ideas were ahead of their time and couldn't be implemented, the invention was passed on to the Navy and got her posthumously inducted into the National Inventors Hall of Fame last year.

2) Bluetooth, GPS, and wireless Internet might not have existed without her.

She worked with her neighbor, a composer named George Anthill, to develop "frequency hopping" based on piano keys. The patent would be the basis for future technologies that make today's world work, but she never made money from it, CBS News reports.

3) She changed her life and her identity to get out of an abusive marriage.

She was born in Austria as Hedwig Eva Maria Kiesler, but moved to America and changed her name to get out of a bad relationship with an arms dealer. She became known as the "most beautiful woman in the world" at the time, according to The Huffington Post.

4) Her film work was sex-positive before its time.

She caused a lot of controversy in the Czech movie Ecstasy, because her character's face is pictured in a close-up while she has an orgasm. Later, she became known as a go-to actress to play seductive characters, something she ended up resenting.

5) Her quotes are the perfect feminist inspiration.

"Any girl can be glamorous. All you have to do is stand still and look stupid," she said. She also summed up the problem with being a powerful woman in the dating world. "I must quit marrying men who feel inferior to me. Somewhere there must be a man who could be my husband and not feel inferior. I need a superior inferior man."

Watch the full doodle below: