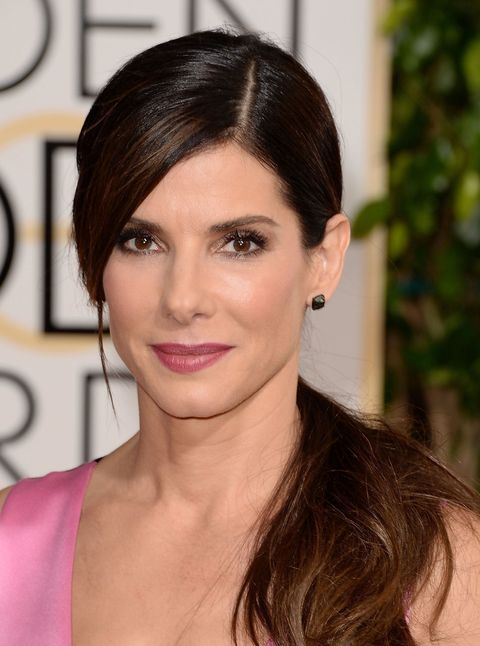 There's been plenty of buzz about the Hollywood pay gap lately—and that's a great thing. But there's a larger issue at play that extends beyond contract negotiations: women in the industry aren't treated as equals, both on and off the red carpet.

Depressingly, this lack of equality was fodder for the worst experience of Sandra Bullock's career. "I was actually doing a film about 10 years ago, and I found myself yelling and being angry. And I was like, 'What is happening to me?'" she told Yahoo!. "I was literally fearful. And I realized, it's because I'm female. It dawned on me. At that day and age, at that point in my career, it was the worst experience I ever had."

Bullock said the incident "destroyed" her, and that she was unable to move past it. "It was the way I was being treated, because I was female, versus the way others were being treated," she said. "It took a year and a half, where I regrouped, and thought, 'Okay, this is an isolated case.'"

Bullock says that increasingly-buzzy wage gap will only be fixable when women aren't perceived as less-than: "There's a much bigger issue at hand," she explained. "I'm glad Hollywood got caught."

Mehera Bonner Contributor Mehera Bonner is a news writer who focuses on celebrities and royals.
This content is created and maintained by a third party, and imported onto this page to help users provide their email addresses. You may be able to find more information about this and similar content at piano.io
Advertisement - Continue Reading Below
More From Celebrity
Harry Carries Briefcase That Reads "Archie's Papa"
Meghan Markle and Prince Harry Arrive in NYC
Advertisement - Continue Reading Below
Kate Middleton Looked Radiant in Cream
People Are Convinced Kylie Is Having a Boy
Kim Kardashian's Met Gala Ponytail Cost $10K
Megan Fox and Kourtney Posed for Sexy Skims Pics
Britney Spears Dedicated a Message to Her Sons
Meghan's Face "Lights Up" When Harry Walks In
Kate Middleton, Millennial, Wore Skinny Jeans
'Sex and the City' Star Willie Garson Dies Age 57