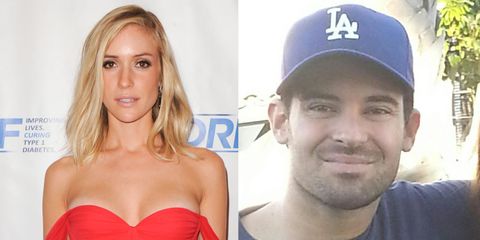 After an extensive search, police have located the body of Michael Cavallari, the brother of reality star Kristin Cavallari, E! News reports. Michael became the subject of a missing person case in Utah after his car was found abandoned off the side of a highway in late November. Authorities were able to identify that it was his car using credit card data and convenience store footage. In a statement, Kristin said police had found his body after an extensive search.

"We want to thank everyone for their love, support and prayers during this very difficult time," Kristin said. "We have just been informed by the authorities my brother's body has been found. This is a very painful time and we are still processing it all. We kindly ask everyone please respect our privacy during our time of grieving."

Michael had a history of legal trouble, having been arrested several days before he went missing, but always stayed close to his sister, People reports. Kristin had kept quiet about the search for her brother, aside from thanking fans for sending their well-wishes to her and her family. She also posted a sweet photo of the two of them in happier times.

I appreciate all the concern, thoughts, and prayers that have been extended to me and my family. We remain hopeful and I will share any news that we receive. I have such gratitude for all those that have shared their support.

Shortly after the news broke, Kristin posted another heartbreaking photo, this time to mourn him. "My heart is in a million pieces," she wrote on Instagram. "You had such a good heart and will be forever missed."

My heart is in a million pieces. Mikey, I could always count on you to make me laugh. You had such a good heart and will be forever missed. I'm at a loss for words but I know u are in a better place and finally at peace. I love u so much RIP 💔

Update, 12/14: Kristin posted a sweet new photo on Instagram of her baby daughter, Saylor, who has provided some hope after such a family tragedy. "She has been my light throughout this whole thing and has given me so much strength," Kristin wrote. "Thank you baby girl for coming when you did."

My little angel, Saylor. She has been my light throughout this whole thing and has given me so much strength. Thank you baby girl for coming when u did. 💜