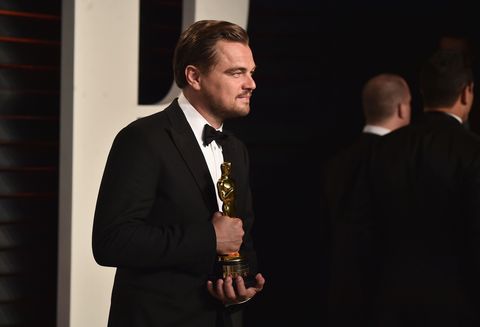 The internet feared the meme material well would run dry when he finally got his due, but this latest addition to the Timeline of Leonardo DiCaprio's Oscars Night suggests we've only just entered the Golden Age.

According to TMZ, sometime after the engraver lady finally handed over his precious, Leo relocated to a West Hollywood restaurant where he got lit—so lit that he left his life's achievement behind and a Good Samaritan had to run out to his car to return it to him. (Along with a bottle of alcohol because nothing goes better with a vape pen.)

You would think he'd keep a better grip on the one thing he spent 22 years of his existence chasing after, but it *is* pretty hard to do this dance without your hands free.