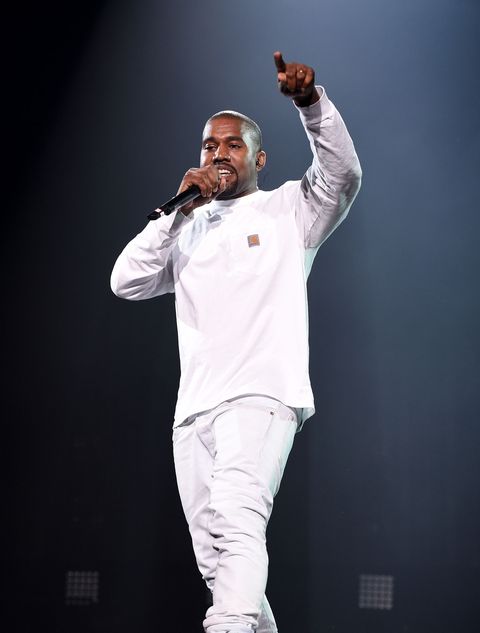 ICYMI, Kanye West's Yeezy Season 4 show was...um...how do we put this? Highly dramatic. Not only did Kanye make fashion editors wait in the hot sun for hours, prompting tweets like this from NYT Fashion Director Vanessa Friedman...

The Yeezy show is 45 minutes late so far and they still aren't letting people in. pic.twitter.com/W4GSQVQOBx

...his models were so over-heated that they had to sit, and at times struggled to walk down the runway.

Model undone by the heat at Yeezy. pic.twitter.com/vaZlisrMdm

So, what did Kanye have to say for himself? Plenty. The rapper played at the Harper's Bazaar ICONS event in NYC, where he treated everyone to a mini Rant™ and (vaguely) spoke about his poorly reviewed show.

"At the beginning of this performance, I tried my best to not try. No, I tried to listen to all the reports and shit and I tried my best to stop trying," he said. "But I just couldn't do it! I couldn't stop. No matter what they write, I just couldn't stop...I appreciate y'all going on this journey for me. I appreciate all the years y'all put up with me learning in front of you and listening to the music at the same time."

Nice to know that this genius can take criticism and learn from it, right?