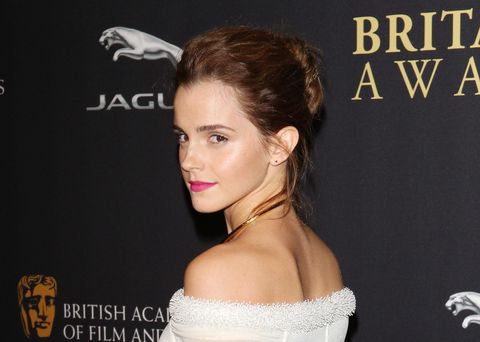 Emma Watson has done great work for the United Nations in her role as a Goodwill Ambassador. According to E! Online, the actress and activist recently visited New York to give a speech about equal rights as part of her ongoing HeForShe campaign.

Watson's captivating speech called for universities to provide true equality for women and minorities and to make it clear that their safety is a "a right and not a privilege." It was a moving and important speech, but not everyone was impressed.

Rod Liddle, a reporter for The Sun, took Watson's speech as a chance to ridicule her and her cause. Louise Ridley tweeted a picture of the offensive blurb.

Offered without comment - The Sun's response to Emma Watson addressing the UN about gender equality and sexual assault pic.twitter.com/KQ0MPSJGbL

There's a lot wrong with Liddle's commentary, beginning with the fact that he addresses Watson as "Hermione Granger" (her fictional character from the Harry Potter series) before acknowledging her by name.

He went on to suggest that Watson should "stick to telling [people] the rules of quidditch or how to turn someone into a frog" and assert that she "bored" the UN assembly with her "whining, leftie, PC crap."

Luckily, Liddle's opinion isn't shared by most people. Watson is an intelligent, outspoken feminist and her HeForShe campaign has inspired 1,302,682,254 gender equality actions as of this writing. We're sure she won't let bullies—even those that write for newspapers—slow her down.

Kayleigh Roberts Kayleigh Roberts is the weekend editor at Cosmo, focused on celebrity news and royals.
This content is created and maintained by a third party, and imported onto this page to help users provide their email addresses. You may be able to find more information about this and similar content at piano.io
Advertisement - Continue Reading Below
More From Celebrity
Prince George "Adored" Seeing Dinosaur Fossils
Kate Middleton Borrows The Queen's Fashion Trick
Advertisement - Continue Reading Below
Princes Charle and William "Competing" Over Causes
Lilibet May Be Christened in California After All
The Sweet Family Photos in Prince William's Office
Royal Family Members Can’t Eat Pasta or Potatoes
Prince George Is an Environmentalist, Too
Salma Hayek Looked Super Hot in Leopard Print
Britney Spears Just Trolled Justin Timberlake
Billie Eilish Says Kate and Will Were "So Normal"