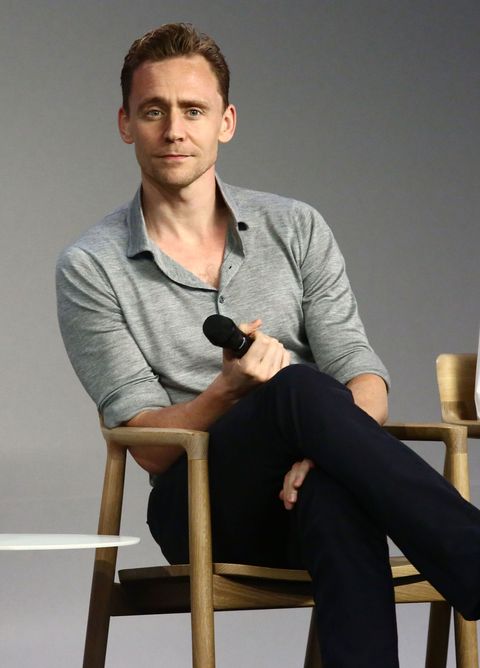 Tom Hiddleston and Benedict Cumberbatch sat down for a thoroughly British chat in Interview Magazine, and there are so many good musings. So many that we rounded up the best of the best—and while Cumberbatch specifically didn't ask about Taylor Swift (to quote: "I'm not going to ask questions about my friend's personal life just because there are unsolicited photographs of him and a certain someone, in a relationship or together. I'm not going to get into that. So that door is closed, dear reader"), Hiddleston did chat about regret.

To quote the hallowed words of Beyoncé, I don't think you're ready for this jelly.

On Hiddleston's love for Chris Hemsworth: "I first met him in Kenneth Branagh's house in England in 2009. We were mere children, in the very beginning of our acting journeys. We made an instant connection, and it's been extraordinary to share the ride with him—this mad journey with Marvel."

On his fair complexion: "We're in on the coast of Queensland, and apart from the fact that the sun goes down very early and very quickly, it's been blue skies and sunshine. It's preferable for my Celtic complexion to their summer."

On his passion for running: "You've got to do something, even if it's just to kick-start the day. I use music. And running. I find that, when I'm working, if I start the day with a run—outside, not in a gym, but just me out there in the elements, with only my own legs to propel me forward ... It's something to do with just being in the world and getting out of my own head."

On regret being his biggest fear: "Mine is regret. I fear looking back and wishing I had done things I hadn't."

On life when he isn't working: "I just, I live such a boring life. I just potter about, read books I've meant to read but haven't had time...I just potter about and catch up, go for coffee, and read the paper and hang out with my mom and dad."

On using his platform for good: "Everywhere there is inequality, everywhere there is division, and I worry about it. I think everybody does. I wish we could be decent to each other. And I've thought a lot about whether I have a responsibility to stand up for what I believe in because I have a platform, because I have a voice...It's a delicate balance because I'm an actor. And yet somehow, we're given these platforms to speak from and I've been very inspired by people who have had the bravery and courage to do that long before me."