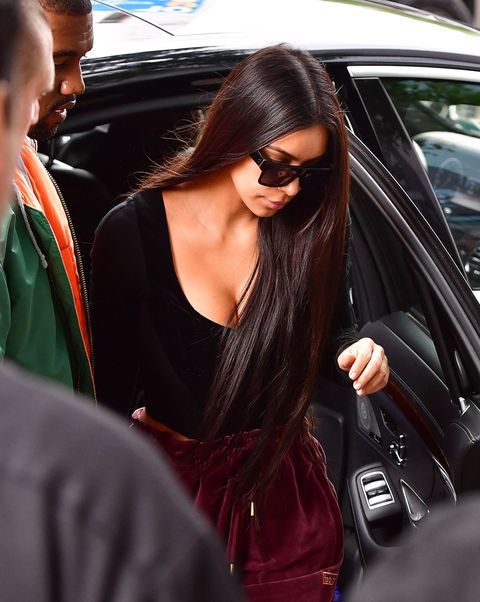 New details have emerged about Kim Kardashian's Parisian diamond heist, during which she was held at gunpoint, bound, and gagged as a team of five men stole $10 million in jewelry.

Sources tell TMZ that "police and the Kardashian family don't believe it was a coincidence that Kim was bodyguard-less at the time the robbers showed up and somehow made their way into her apartment...they think the robbers were tipped off [that] it was the right time to strike."

The site notes that there was an extremely short window of time during which Kim was alone, suggesting that robbers were alerted to the fact that her friends and bodyguard had left.

"The Kardashians are in no way suggesting the bodyguard was in on it," TMZ reports. "In fact, they say they know he wasn't. But they are convinced someone tipped off the robbers to strike at precisely the moment they could get in and out without detection."

Police are allegedly checking phone records of people "in and around" the hotel in an effort to track suspicious activity. Kim is currently back in New York City with her husband, Kanye West, and—as you can see in the photos below—the family has significantly upped their security squad.

For more on the safety precautions of A-list travelers, head here.