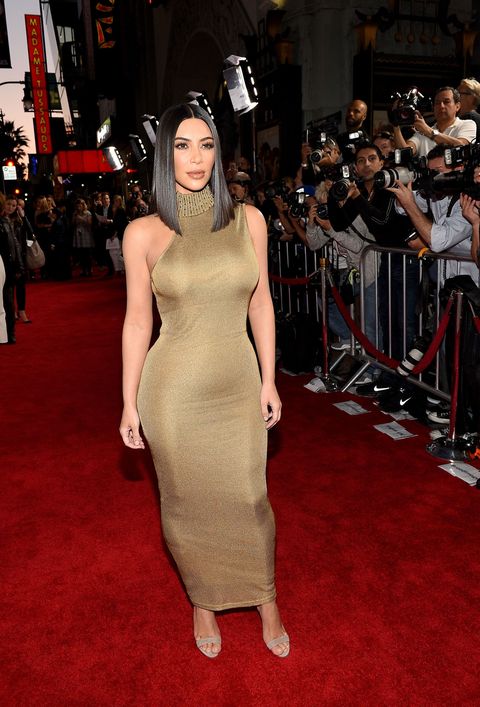 Kim Kardashian gave her first TV interview since her October 2016 robbery, and it was highly emotional. The reality star spoke to Ellen about the robbery itself, but most interestingly talked about how it had changed her stance on materialism.

"I don't want to start crying, but I know that was so meant to happen to me," she said while tearing up. "I was definitely materialistic before, not that there's anything bad with having things and working hard to get those things, and I'm really proud of everyone around me that's successful. But I'm so happy that my kids get this me and that this is who I'm raising my kids [to be]. Because I just don't care about that stuff anymore, I really don't.... It's just, it's not worth it. I don't care about that stuff. I don't care to show off like the way that I used to.... It's just not who I am anymore."

Kim explained that the men who robbed her had been following her for two years, in part because of her materialism on social media.

"Knowing the information that I know now, they had been following me for two years," she said. "They had been hearing interviews that I did getting excited about this jewelry or this jewelry, and it's not to say that I'll never wear jewelry again or anything like that. I truly don't know if I'd ever feel comfortable, I truly don't know if I'd ever wear real jewelry again."

Kim also spoke about the robbery itself, saying: "I knew that was it for me. Hundred percent. I said a prayer, I'm like, 'I know I'm going to heaven. I hope my kids are okay, my husband.' I don't want to cry, you're making me cry. But it does happen really fast. It was a good seven or eight minutes of torture, but when I look back and I analyze it, I'm like, 'okay, they weren't really aggressive.' It could have been way worse."

Kim's been noticeably more low-key since her robbery, opting to wear simple gold necklaces during most of her public appearances. She's also pared down her presence on social—though she's back at it with celebrating her body, and more power to her.