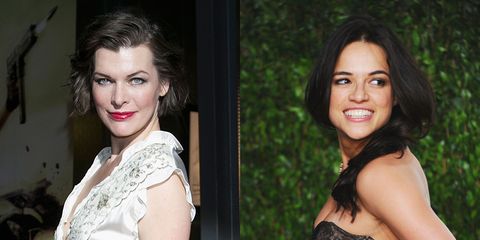 Milla Jovovich was recently asked about her notoriously tense relationship with Michelle Rodriguez during Resident Evil, and casually dropped the news that she was so upset about Rodriguez's expanded role that she almost quit. Why? Because Michelle was "very hot" and people thought she deserved an Oscar.

"I almost quit the movie. I was shooting something else, and [director] Paul [W.S. Anderson] had hired Michelle Rodriguez to play Rain, and she had just come off Girlfight and there was Oscar buzz," Jovovich said. "She was very hot at that moment, and my hotness had sort of been already four years old by that point. So Paul rewrote the script for her."

Wait. Wait, wait, wait. Surely we live in a world where there can be two "very hot" women in one movie...right? And surely the Oscar buzz surrounding Rodriguez—a woman of color—should have been something fellow actress Jovovich would be excited about, right? RIGHT?!

Apparently not, because as soon as Jovovich saw the script changes, she was "livid" and called a meeting with Anderson. "Paul ended up coming over that evening and we literally sat for three hours and went through the script, page by page," she said. "He was like, 'What do you mean? This didn't change that much?' So I was like, 'Okay, why don't we start with page one?' I pointed out every time I felt like my great scenes were taken away."

Look, in the interest of being fair, it's probably pretty hard to have your scenes given away to another actor. But maybe, just *maybe*, this is one of those moments where you put aside your own insecurities about "hotness" and applaud the fact that a talented woman of color is about to slay in a blockbuster movie. Maybe you suck it up, join forces, and remember that there's room for more than one leading woman in Hollywood. 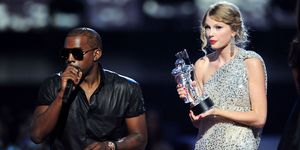 The 12 Biggest Pop Star Feuds of All Time