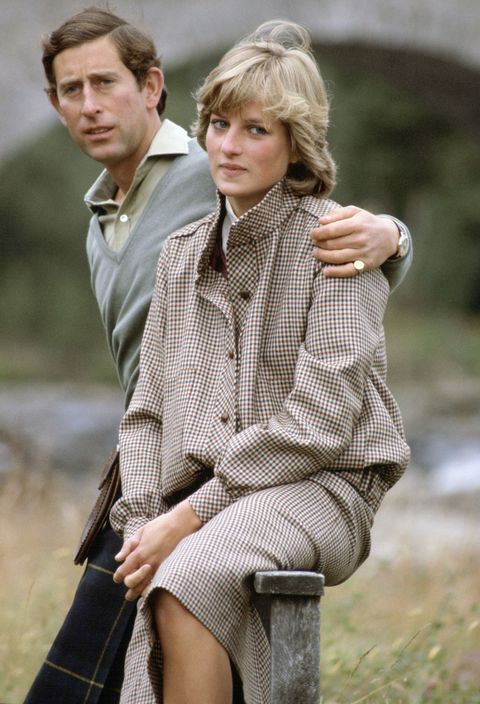 Princess Diana's unhappy marriage to Prince Charles isn't exactly a secret, but the devastating nature of their relationship is finally being chronicled by Lady Di herself thanks to a series of recently-released audio transcripts which served as the source material for Andrew Morton's Diana: Her True Story. Here, the heart-breaking takeaways.

On Her Struggle with Bulimia:

"My husband put his hand on my waistline and said: 'Oh, a bit chubby here, aren't we?' and that triggered off something in me. And the Camilla thing. I was desperate, desperate. I remember the first time I made myself sick. I was so thrilled because I thought this was the release of tension.... The first time I was measured for my wedding dress, I was 29 inches around the waist. The day I got married, I was 23½ inches. I had shrunk into nothing from February to July. I had shrunk to nothing."

On Her Suicide Attempt:

"We stayed up there [at Balmoral] from August to October. I got terribly, terribly thin. People started commenting: 'Your bones are showing.' By October, I was in a very bad way. I was so depressed, and I was trying to cut my wrists with razor blades. It rained and rained and rained. I came down early [to London] to seek treatment, not because I hated Balmoral, but because I was in such a bad way."

On Finding Out Charles' Was in Love with Another Woman:

"The first thing that hit me was my [future] husband sending Camilla Parker Bowles flowers when she had meningitis: 'To Gladys from Fred'....I once heard him on the telephone in his bath on his hand-held set, saying: 'Whatever happens, I will always love you.' I told him afterwards that I had listened at the door, and we had a filthy row."

"Somebody in his office told me that my husband had had a bracelet made for her, which she wears to this day. It's a gold chain bracelet with a blue enamel disc. It's got 'G and F' entwined in it, 'Gladys' and 'Fred.' I walked into this man's office one day and said: 'Oh, what's in that parcel?' He said: 'Oh, you shouldn't look at that.' I said: 'Well, I'm going to look at it.' I opened it, and there was [the] bracelet, and I said: 'I know where this is going.' I was devastated. This was about two weeks before we got married."

On Charles Being Obsessed with Her:

"He'd found the virgin, the sacrificial lamb, and in a way he was obsessed with me. But it was hot and cold, hot and cold. You never knew what mood it was going to be—up and down, up and down."

Mehera Bonner Contributor Mehera Bonner is a news writer who focuses on celebrities and royals.
This content is created and maintained by a third party, and imported onto this page to help users provide their email addresses. You may be able to find more information about this and similar content at piano.io
Advertisement - Continue Reading Below
More From Celebrity
Travis Covered His Ex' Name With Tattoo for Kourt
Kendall Jenner Wore a Bedazzled Pink Cowboy Hat
Advertisement - Continue Reading Below
Kourtney & Travis Will Def "Have a Baby Together"
Britney Is Done With "Rude, Humiliating" Family
Ben & Jen Are Meeting Up "Whenever Possible"
Anna Kendrick Looked Pretty in Pink at a Premiere
John Mulaney & Olivia Munn Might Split Up: Source
The Sussexes Worried Archie Would Attract Mockery
Diana Would Be "Thrilled" for Harry and Meghan
'Friends' Actor James Michael Tyler Has Died at 59