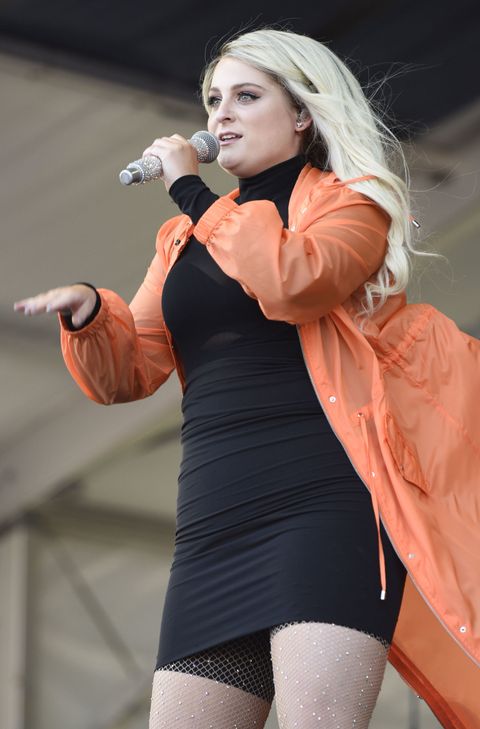 Australia is gearing up to vote on gay marriage, and Vote NO Australia–a campaign that's fighting against the legislation—has cropped up using none other than Meghan Trainor's face.

@Meghan_Trainor did you realise that your face was being used in Australian anti gay marriage propaganda?? pic.twitter.com/OBG3daQH0E

Meghan has been an outspoken supporter or LGBTQ rights, so it's pretty bizarre (and also super wrong) that her face was used. And yes she has some thoughts on the matter:

I SUPPORT MARRIAGE EQUALITY!Someone in Australia is illegally using my picture for a campaign against marriage equality. So wrong. Not okay

I've said it before, Everyone should be able to love who they want. I support equality, period. 💖👬👭💖

She then went ahead and hit back with her own advertisement:

"I think a lot of my songs have a very universal message that can apply to difference genres and communities, and I'm happy that some can be considered LGBT themes," Meghan told After Ellen in 2015. "I often dedicate 'Close Your Eyes' to my LGBTQ fans during my shows and tell everyone that they should love whoever they want. I have a lot of gay friends and they're such an important part of my life. I'd definitely consider myself an ally. Love is love and everyone should be able to have it in their lives no matter who it is they choose."