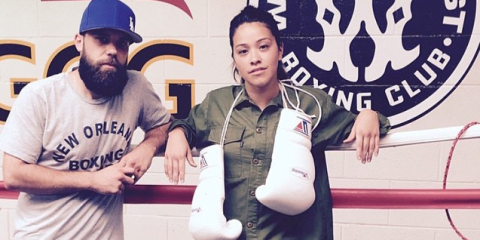 Ever wondered what your favorite actresses do in their free time? What if I told you they get down, hit hard, and game like there's no tomorrow? Yeah, I want to be friends with them, too.

Kunis is not kidding around when it comes to gaming—she's so serious about it that she had to take a break to make sure she wasn't getting addicted. Her game of choice? World of Warcraft. Here, she explains belonging to a Guild.

The Brooklyn Nine-Nine actress gets down with the LACity Municipal Dance Squad.

The actress and activist once toted around her ex-husband's blood around in a vial on her neck, so it kiiiiind of makes sense that she has a thing for collecting daggers, right?

If you follow the Jane the Virgin star on Instagram, you know that she's a boxing fanatic. And it makes sense—her father, Genaro Rodriguez, is a top boxing official/referee.

The actress enjoys one sport the most when trying to unwind: snowboarding. "I love speed and adrenaline," she once told a paparazzi. "When I take time off work I like to be outside. Snowboarding is an amazing escape for me—riding from the top of the hill to the bottom without ever touching the ground is so exciting."

The funny-as-hell actress has one interesting trick up her sleeve—she can ride a unicycle. "I'm really good at it!" she admitted on Ellen.

Unless you've been living under a rock, you probably know that Susan Sarandon *loves* ping pong—so much, in fact, that she opened a bar/social club centered around the sport.

Besides learning lines and enjoying time with her husband, Cuoco is also an accomplished equestrian—she has been riding horses since she was 15 and owns not one but *five*.