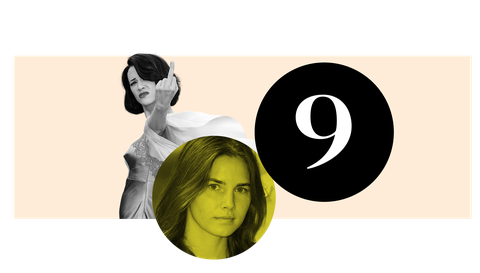 Here in the states, Italian actress Asia Argento is recognized for her bravery as one of the first women to expose Harvey Weinstein. But in her country, Argento has been dismissed as a lying “prostitute,” who “cares more for her career than her dignity.” I’ve followed the coverage closely because it mirrors how I was treated.

Back in 2007, the Italian media plundered my social media and diaries, leaking my sexual history as evidence of my psychopathy. Everything I did—showering; kissing my boyfriend; and crying, or not crying, at all the wrong times—was viewed as akin to a confession. I didn’t act like a grieving friend “should”; therefore, I must have done it.

Now it’s Argento’s turn. The Italian media dug up her work and spun it to vilify her. A column headlined “First they give it away, then they whine and pretend to repent” is capped by an image of Argento, seminude, licking a dog’s face. It’s an eye-popping scene from the 2007 comedy Go Go Tales, but out of context, it’s jarring—incriminating, even. The 20 years Argento took to report the alleged crime, her continued work in the industry, even the abuse itself—oral sex performed on her, not the reverse—has been used against her. She didn’t act like a rape victim “should”; therefore, she must be lying.

But what so many think of as bizarre in victims’ behavior is defined by a hypothetical ideal reaction to trauma most people have never experienced. There is no “normal” response to a friend’s murder or to being raped. When we insist on holding victims to a standard of “common sense,” we set them up to be disbelieved. For our failure to fit expectations, the Italian press labeled me the whore who sleeps her way to committing murder and Argento the whore who sleeps her way to the top. These stereotypes delegitimize our victimhood and only serve to reinforce the power that actual predators, like Weinstein, still have.

Amanda Knox is a writer and activist; in 2007, Knox was accused of murdering her roommate while studying abroad in Italy; she was acquitted in 2011.