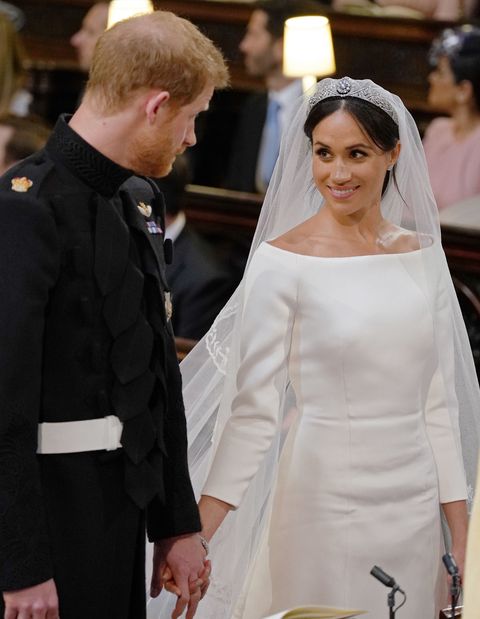 Today, Prince Harry and Meghan Markle are officially married, and Meghan has a new title: Her Royal Highness Princess Henry of Wales, not Princess Meghan. Yes, we know, plot twist of the century.

So why can't we call her Princess Meghan? Only those who are born into the royal family can use the title Prince or Princess, followed by their first name. Harry's mom was frequently referred to as Princess Diana, but her formal title was "Diana, Princess of Wales."

"The Queen has today been pleased to confer a Dukedom on Prince Henry of Wales," read the statement. "His titles will be Duke of Sussex, Earl of Dumbarton and Baron Kilkeel."

Prince William is next in line to the throne after his father, Prince Charles, which would then make him Prince of Wales when Charles becomes king.