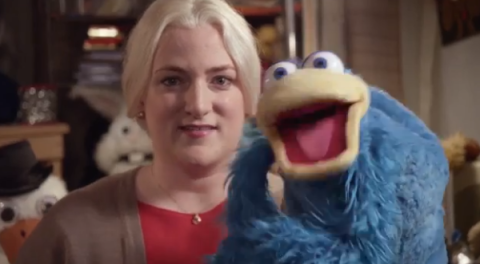 While Super Bowl 48 may have featured a lackluster game with the Seattle Seahawks' landslide win over the Denver Broncos, (most of) the 2014 commercials did not disappoint. With a mix of ads that leaned heavily on nationalistic themes, flashy scenes with fast cars, and one company's focus on the undeniable connection between a puppy and a horse, we found the most compelling ads to be the ones featuring strong women. Take a look at our favorite female-friendly Super Bowl commercials below.

GoldieBlox made history this year for being the first-ever small business to have a Super Bowl commercial, after it won a contest hosted by Intuit that picked up the $4 million price tag. The female-owned company gained national attention when it came out with a building blocks toy designed specifically for young girls to help foster female interest in engineering.

Another history-making moment occurred when GoDaddy featured a woman named Gwen who used the Super Bowl commercial to quit her job on national television. GoDaddy told NBC News that right after the ad aired Sunday night, Gwen emailed her boss and put in her two weeks notice. Now that's a pretty epic way to leave a job. The ad was particularly noteworthy due to GoDaddy's past commercials, which were derided for being degrading to women.

Gracie's back! The Cheerios ad that warmed our hearts last year (and caused quite the stir among some for featuring an interracial family) returned in 2014 with a big surprise. Even better? Young Gracie is on her way to becoming quite the powerhouse negotiator.

We said it last week and we'll say it again—this is one of the best beer commercials we've seen ever. Anna Kendrick slays it in Newcastle's refreshing approach to beer advertising to women.

Let's be honest—we couldn't wait for the highly anticipated Full House reunion to present itself Sunday night, especially after Uncle Jesse, Danny Tanner, and Joey Gladstone surprised us all with a heartwarming reprise on last week's Late Night with Jimmy Fallon. And sure, this commercial didn't exactly revolve around women the way the aforementioned ads did, but we have a sneaking suspicion that this particular spot was among female viewers' favorites.