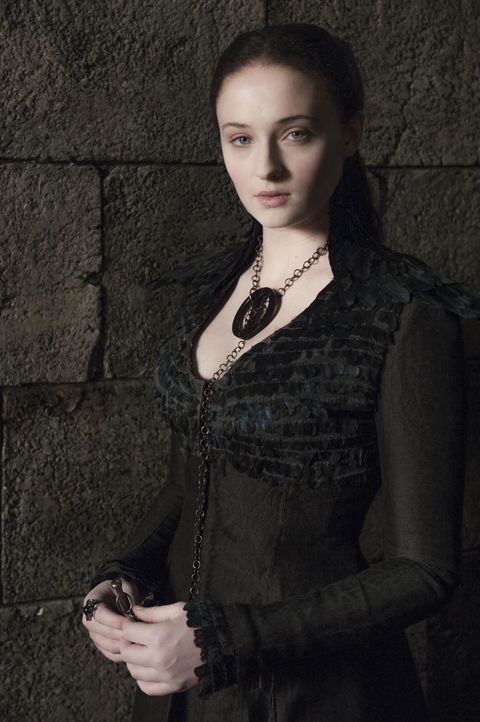 Displaying an amount of savagery on par with that of Katy Perry after Miley Cyrus felt her up at the Grammys, the Game of Thrones writers have decided to tear out our hearts and stomp on them, which is actually something that might happen to an unfortunate character this season, according to Sansa Stark.

In an interview with HuffPost Entertainment, newly inducted X-man Sophie Turner used the Red Wedding as a yardstick for the violence and guts and potentially merciless womb-stabbing to come.

"There's some massive moments, perhaps even more shocking than the Red Wedding type of thing. There's like a lot going on this season," Turner said. "There's also, you know, a lot of blood, a lot of death. And a lot of people kind of come far. And there are a few familiar faces around as well."

But what about that traumatic Sansa scene Reddit keeps speculating on?

"I think I really bigged that one up. It's traumatic, but isn't all of Game of Thrones traumatic? I give it a solid six, though…It's a pretty intense scene. I can't say much more than that."

Takeaway: We'll all look like this every week starting April 12, except with more snot and less composure.

Sansa Stark Is Going to Be an X-Man

Sansa Stark Is Going Dark in 'Game of Thrones' Season 5

Mark Your Calendars: 'Game of Thrones' Season 5 Gets a Premiere Date