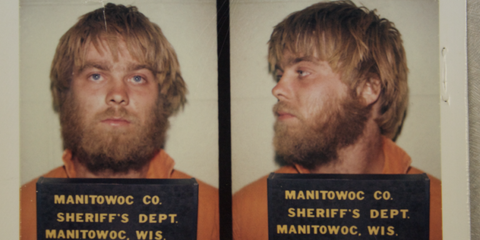 After bingeing on the Netflix docu-series Making a Murderer, thousands of people signed petitions for Steven Avery and Brendan Dassey, who were found guilty of the 2005 murder of Teresa Halbach, to be pardoned by President Obama. The wildly popular series called into question some of the evidence that led to their guilty verdicts.

But last night, The White House issued a statement saying there wasn't really anything Obama could do.

That petition surpassed 100,000 signatures this week, which meant that the White House had to issue the public response. There's also a petition going on Change.org which has racked up more than 350,000 signatures and that one is, actually, directed towards the person who has the authority to pardon the men: Wisconsin Governor Scott Walker. But looks like that one isn't going to work either. Walker has never issued a pardon during his time in office and he's not about to start now. His office issued a statement Tuesday saying: "Those who feel they have been wrongly convicted can seek to have their convictions overturned by a higher court."

What I can say is that his realistic hope for a new trial lies in the category of newly discovered evidence, that you might divide into two subcategories. One might be new factual evidence—someone who's been carrying a secret for 10 years, someone who saw something, someone who heard something, a new alibi. Or, second, it might be in a subcategory that you could call scientific advance: new testing techniques that might be available or old testing techniques that might be now more economical or feasible for the defense to try to run if we seek retesting.

Like many of the petitioners, we'll be waiting to see what happens next.

Kate Storey Esquire Writer-at-Large Kate Storey is a Writer-at-Large for Esquire covering culture, politics, and style.
This content is created and maintained by a third party, and imported onto this page to help users provide their email addresses. You may be able to find more information about this and similar content at piano.io
Advertisement - Continue Reading Below
More From Culture
Will There Be a Season 3 of 'Virgin River'?
What We Know About Part 2 of 'Lupin'
Advertisement - Continue Reading Below
'The Bachelor' Is Back!
Who Is "Queen" Victoria on 'The Bachelor'?
A Guide to the Fairies of 'Fate: The Winx Saga'
'You' Season 3 Is Adding a Menacing Character
'Fate: The Winx Saga' Season 2: Everything We Know
Who Is Michelle Young on 'The Bachelor'?
Who Is the Voice on the Radio in 'WandaVision'?
Everything We Know About Matt James