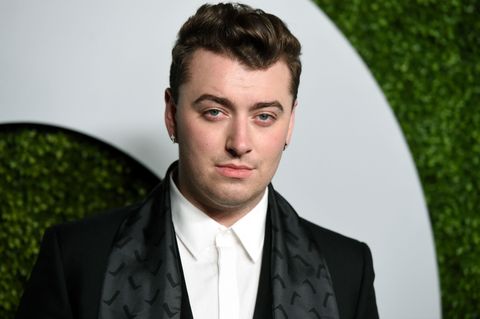 Sam Smith, Golden Globe/Grammy/All the Other Awards Ever winner, recently witnessed an instance of racism against a friend and responded to it in the way anyone in 2016 would: by hitting Twitter and expressing his dismay in 140 characters or fewer.

Just experienced my friend getting verbally abused racially in London. I am absolutely SPEECHLESS.

I feel like I have to shine some sort of light on it. The police were so unhelpful in the situation and its deeply shocked me.

Sam's tweets are clearly coming from a good place, but the Internet was quick to point out that racism has been a problem for a while now, and that as someone whose music is influenced by R&B, he should be more educated on the matter.

Sam ended up addressing the matter with an Instagram post, explaining that he doesn't profess to understand the experience of racism, but that he does have personal experience with bullying.

People are right to voice their concern when a celebrity speaks about racism in a way that could seem naive, but it looks like everyone in this social-media meeting of the minds ended up agreeing on one thing: that no one should be judged for the color of their skin, their sexual preferences, or their gender. Ever.

Mehera Bonner Contributor Mehera Bonner is a news writer who focuses on celebrities and royals—follow her on Instagram.
Advertisement - Continue Reading Below
More From Culture
19 Most Underrated Films of All Time
The Music Podcasts We Keep Pressing Play On
Advertisement - Continue Reading Below
Why You Keep Seeing "Until Tomorrow" on Instagram
The 19 Best Murder Mystery Movies
How to Join Marie Claire's Online Book Club
'In Five Years' Is MC's April Book Club Pick
'Little Fires Everywhere' Is a '90s Time Capsule
How Murtagh Dies in the Outlander Books
What Happened to John Finlay From 'Tiger King'?
'Outlander' Season 5 Is Back to the Show We Love