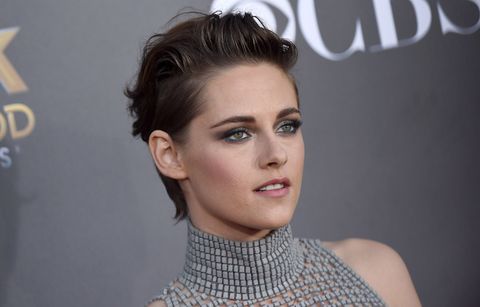 Kristen Stewart has added her voice to the gender equality conversation in Hollywood, and her attitude seems to be less talk, more action. "Instead of sitting around and complaining about that, do something," she said in a video interview with Variety. "Go write something, go do something."

Of course, that's easier said than done. "It's hard to get movies made," Kristen added. "It's a huge luxury. Who gets to just make movies? But that subject is just so prevalently everywhere right now, and it's boring."

Hmmm, we're not sure the discussion around sexism in Hollywood is "boring"—but at this point we should note that Kristen's comments were originally misreported as pertaining to diversity, which understandably sent Twitter into overdrive.

So, now that we know K.Stew was speaking about sexism, are her comments any better? Maybe, maybe not.

So #KristenStewart's defence is that she was misquoted? She doesn't find RACISM boring, she finds SEXISM boring? How is this any better?

The wage gape in Hollywood is a nuanced topic that deserves to be parsed through carefully—something to keep in mind when you consider that Kristen was asked these questions on the fly without much time to gather her thoughts. No, sexism isn't a boring topic, and yes, the answer is certainly more complicated than "go do something," but it seems like Kristen's heart is in the right place.