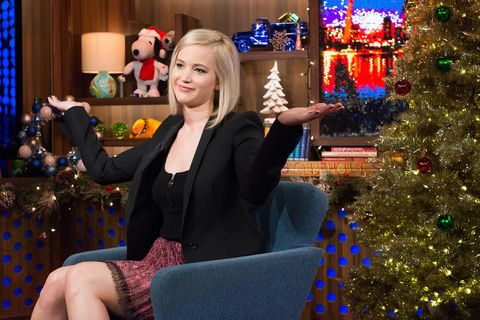 The gender wage gap continues to be an issue in Hollywood, but the good news is that women are getting more leading roles than ever (hi, Rey!). The Center for the Study of Women in Television and Film revealed that while female protagonists are still less prevalent, they comprised 22% of leads in 2015's top grossing films—hardly equal to men, but that's a 10% increase from last year's statistics. (The number of female "major characters" and speaking parts also experienced a bump, so yay!)

The unfortunate news is that a) gender stereotypes are still a huge problem, and b) the rise in female protagonists was predominantly white.

Here's to hoping Hollywood execs take a look at these numbers and hire more female creatives so we can see an even more significant rise in women (and more specifically women of color) in the coming years. The future =🙋🙋🙋