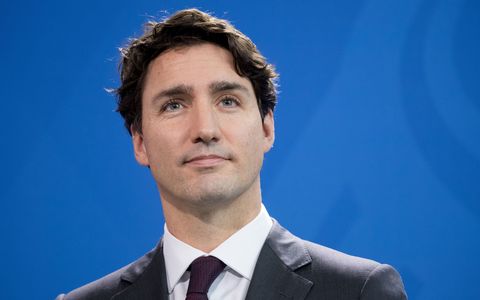 Canadian Prime Minister Justin Trudeau announced yesterday that his government will spend $650 million on sexual and reproductive initiatives worldwide. That money will go in part to fighting global anti-abortion laws.

"For far too many women and girls, unsafe abortions and a lack of choices in reproductive health mean that they either are at risk of death, or simply cannot contribute and cannot achieve their potential," Trudeau said Wednesday at an International Women's Day event, reports Canada's Globe and Mail. "The right of women to choose when, how [and] with whom to start a family is one that we all must fight for and defend."

The initiative would try to reduce the estimated 22 million unsafe abortions that happen annually in countries where there's no access to legal abortion, the paper reports. The pledge is a continuation of Trudeau's conservative predecessor's foreign-aid program for maternal and child health—but that plan specifically prohibited the funds from going towards abortion-relation services and less than 2 percent of its budget was allocated for contraception services.

This news comes on the heels of President Donald Trump's executive order to reinstate a federal ban known as the global gag rule on U.S. funding for international health organizations which counsel women on family planning options that include abortion. That gap in services could be filled in part by the Canadian initiative.

Trudeau was busy on International Women's Day—when he wasn't signing major, multi-million-dollar pledges, the self-proclaimed feminist was delivering video messages. Here, you know you want to take another watch:

On #IWD2017, we celebrate the remarkable achievements women have made, & reaffirm our commitment to gender equality: https://t.co/ElKIQYJ7uK pic.twitter.com/ONRYXQu8G6

Kate Storey Esquire Writer-at-Large Kate Storey is a Writer-at-Large for Esquire covering culture, politics, and style.
This content is created and maintained by a third party, and imported onto this page to help users provide their email addresses. You may be able to find more information about this and similar content at piano.io
Advertisement - Continue Reading Below
More From Culture
New Drama Movies That Promise to Move You
The Sexiest New Movies of the Year
Advertisement - Continue Reading Below
A Look Back at Princess Anne's Life in Photos
Where Is the Cast of 'Gilmore Girls' Now?
'The Bachelor' Is Back!
Who Is "Queen" Victoria on 'The Bachelor'?
Matt James' 'Bachelor' Cast: Everything We Know
Get to Know Serena Pitt From 'The Bachelor'
The Best Lesbian Movies Streaming on Netflix
Listen to the Best New Love Songs of 2021 (So Far)