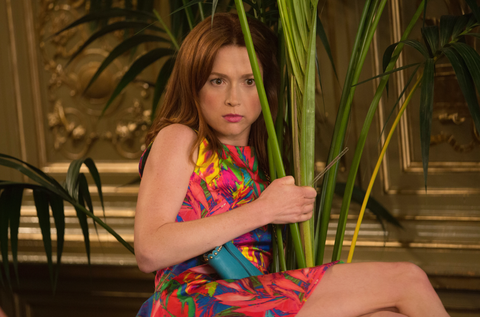 When it comes to browsing around on Netflix, I have put in some work, people. After watching a movie or bingeing a TV series, I always diligently give the title a star rating—three stars is okay, four stars is I'd watch again, five stars is the greatest thing I've ever seen. Because of that, my recommendations on the site are generally pretty spot-on. But now, Variety reports that all my pointless toiling was, well, pointless, because Netflix is overhauling the rating system entirely.

Netflix is abandoning the star system and replacing it with thumbs up and thumbs-down ratings, similar to when you're listening to songs on Pandora. The stars you've already given will still exist to help personalize your profiles, so luckily all my recommendations will stay the way they are. But future ratings will just be a simple good or bad, and then the site will give you a percentage that predicts whether you would like a show. So if The Great British Baking Show pops up with a 95 percent, it's a good chance you'll love it. And if a show has a less than 50 percent rating for you, the rating won't show up at all.

"Five stars feels very yesterday now," Todd Yellin, Netflix's VP of product innovation, told journalists Thursday, according to Fast Company. "[That] really projects what you think you want to tell the world. But we want to move to a system where it's really clear, when members rate, that it's for them, and to keep on making the Netflix experience better and better."

It turns out that most Netflix users are not as nerdy as I am, because when they tested this new system, the company found thumb ratings got 200 percent more ratings than the typical star system. Plus, many users would rate higher-caliber, more serious movies with five stars, but end up watching three-star silly movies way more often, so the star system wasn't a good match to what people actually watched. Which, fine, is fair, because people love trashy reality shows but might not think they're worthy of five-star ratings.

"What's more powerful: you telling me you would give five stars to the documentary about unrest in the Ukraine; that you'd give three stars to the latest Adam Sandler movie; or that you'd watch the Adam Sandler movie ten times more frequently?" Yellin said, according to The Verge. "What you do versus what you say you like are different things." The new feature will roll out globally in April, so there's still time for a rating spree in the meantime, if that's your thing.

This content is created and maintained by a third party, and imported onto this page to help users provide their email addresses. You may be able to find more information about this and similar content at piano.io
Advertisement - Continue Reading Below
More From Culture
Pre-Order These Highly-Anticipated 2021 Books
The Best Shows to Stream on Every Platform
Advertisement - Continue Reading Below
Where Is the Cast of 'Gilmore Girls' Now?
A Look Back at Princess Anne's Life in Photos
Historical Films to Stream If You Loved 'Hamilton'
The Top-Grossing Book-to-Movie Adaptations
Meena Harris and 'Bridgerton' Collab for Merch
Will There Be a Season Two of 'Ginny & Georgia'?
We Need to Talk About the End of 'Behind Her Eyes'
People Have a Lot of Feelings About 'I Care a Lot'