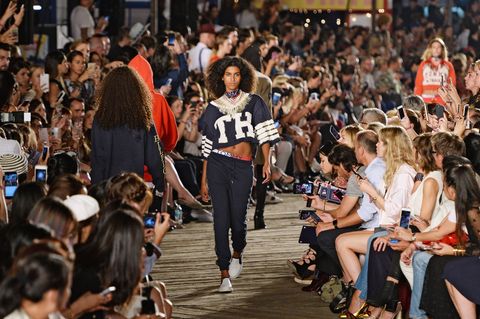 Some brows might be furrowed over designers like Proenza Schouler decamping for Paris and the mood that New York Fashion Week is, somehow, in need of a good "1,2,3, clear" to raise it from the dead, but cheer up, baby—we don't need that defibrillator yet. Here, five reasons to get hype this season.

When you're tired of Tom Ford, you're tired of everything. The same might not ring true for the man himself and the traditional fashion calendar just yet, so he's back with a more aptly named perfume than ever that also served as an invitation. 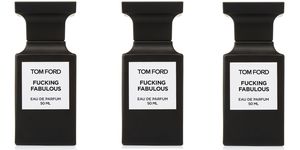 While he has hinted that the theme might be '90s, it's not like Tom Ford to do over/make better what's already in the mainstream. But whatever high-glam era he chooses, you know it'll be—say it with me—f*cking fabulous.

So Is Raf Simons

Remember that yellow coat I like to call The Julia (after Nobis), plastic-wrapped like your granny's couch, even though it's like, "Why do you have to make this so hard to sit on, Sharon?" How could you forget? (Here it is again if you really can't remember, though it has already graced like 57 magazine covers.)

There's still a lot of excitement surrounding his debut at Calvin Klein, but don't expect him to just coast for the second. SO AMPED.

Right after Calvin, Kith will show its first collection with Emily Oberg as creative lead. What'll will skater-y, cooler-than-thou womenswear look like? What'll the presentation itself look like, besides hypebeasts swarming, sneakers cleaned with toothbrushes like they're dinosaur bones, and a suspicious amount of beanies in 70-degree weather? I'm imagining a streetwear extravaganza where sweatshirt-clad models pop and ollie amongst free-flowing ice cream with Froot Loops mixed in. The promised land.

Monse and Oscar de la Renta, Not Conjoined This Time

Let us not dwell on #Curtaingate when there are ruffles and pinstripes and wealthy-lady dresses to consider instead. For Laura Kim and Fernando Garcia's own label Monse and Oscar de la Renta, for which they're co-creative directors, it'll be twice the work but twice the excitement.

Also known as some more things I would like to name but not in their own separate categories, because they're pretty self-explanatory:

Chelsea Peng I'm Chelsea Peng, the assistant editor at MarieClaire.com.
Advertisement - Continue Reading Below
More From Fashion
Free People's Jeans Sale Is Giving Me Life
The Item I Wear to Death: My DVF Camel Coat
Advertisement - Continue Reading Below
The Best Pairs of Grown-Up Denim Shorts Out There
Stock Up on Cute, Flirty Summer Dresses
Cartier Women's Initiative Announces Its Finalists
What Marie Claire Editors Wore to Get Their Jobs
Is the Next Big Wedding Trend Reversible Gowns?
Our Favorite Throwback "It-Bags"
What to Buy at Nordstrom's Spring Sale
The Best New Spring Shoes to Treat Yourself To