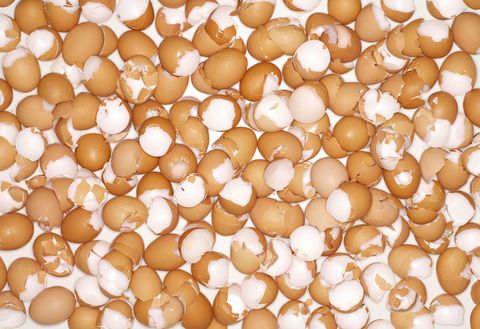 Like she was about most things in life, Nora Ephron was correct about dietary cholesterol: It's not actually super scary and bad for you! And science that could soon be supported by the federal government agrees!

According to the Dietary Guidelines Advisory Committee, a fun time if we ever heard one, cholesterol will no longer be listed as a "nutrient of concern." This means they're upending the recommended 300 milligrams a day, which in turn means you can go crazy and have two eggs for breakfast—with the yolks. (FYI: One large egg has 200 mg of cholesterol.)

But don't take the DGAC's new findings as permission to chow down on lobster and cheeseburgers—basically the entire menu of Burger & Lobster—with abandon. Some people do experience health benefits from limiting their daily intake, and you should really consult a medical professional before making any dietary changes. But just think—no more sad egg-white omelettes!

11 Seemingly Unhealthy Foods That Aren't So Bad for You

5 Things You're Doing Wrong With Food

Chelsea Peng I'm Chelsea Peng, the assistant editor at MarieClaire.com.
This content is created and maintained by a third party, and imported onto this page to help users provide their email addresses. You may be able to find more information about this and similar content at piano.io
Advertisement - Continue Reading Below
More From Health & Fitness
Dr. Fauci's Advice for Keeping Your Immunity Up
How to Build a Mini Gym at Home
Advertisement - Continue Reading Below
Transitioning in the Age of Zoom
Infrared Devices Belong in Your Self-Care Routine
How I Mental Health by Christy Turlington
My Breast Cancer Journey Took an Unexpected Turn
Fitness Gifts She'll Actually Use All the Time
I'm a Black Woman, Mother, & Breast Cancer Patient
Jenna Dewan’s Post-Baby Abs Are 🔥 In New Pic
What to Know About Your Blood Type and COVID-19